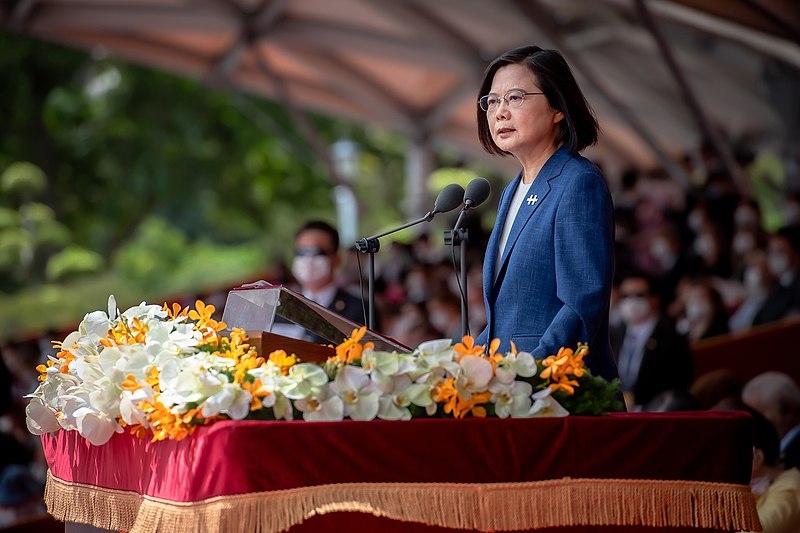 Tensions remain between the US and China over Taiwan, as the island nation looks to assert its independence and autonomy. In remarks celebrating the new year, Taiwanese President Tsai Ing-wen warned Beijing against attempting any “military adventurism.”

Reuters reports Tsai warned China against attempting military conflict on the island nation. China claims Taiwan as part of its territory and has been engaging in a pressure campaign on the democratically governed island through repeated incursions in its airspace. Taiwan has since resisted and has sought to assert its autonomy and independence, angering Beijing.

“We must remind the Beijing authorities to not misjudge the situation and to prevent the internal expansion of ‘military adventurism,’” said Tsai during her New Year’s speech that was live-streamed on Facebook.

“The military is definitely not an option for solving cross-strait disagreements. Military conflicts would impact economic stability. Our two sides jointly shoulder the responsibility of maintaining regional peace and stability.”

Tsai’s remarks come a day before Chinese President Xi Jinping said during his speech that reuniting Taiwan with the mainland is one of the aspirations shared by both sides. However, Taiwan has vowed to defend its independence and democracy. Tsai said that the island nation’s stance has always been not to give in under pressure and to stay cautious when receiving support.

Tsai also touched on the situation with Hong Kong, following Beijing’s crackdown on the former British colony. The Taiwanese leader said that they will monitor what happens in Hong Kong, expressing concern over its recent legislative elections and the arrests made on staff members of the remaining pro-democracy media outlet Stand News. Tsai said that Taiwan’s foremost goal in 2022 is steady governance.

The US has also previously warned China against taking any aggressive action in the region, especially as Beijing continues to claim sovereignty over most of the South China Sea, angering the surrounding nations, including Taiwan. During his visit to Indonesia in December, US Secretary of State Antony Blinken said that Washington will continue to work with allies and partners to maintain the rules-based order in the Indo-Pacific.

Blinken also reiterated that the US is determined to ensure freedom of navigation in the region.