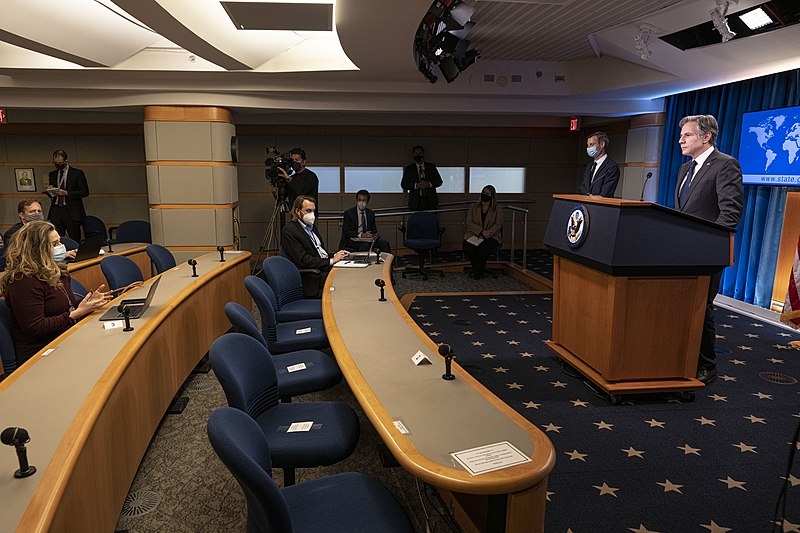 There is still tension over the highly-disputed South China Sea between China, the US, and the nations surrounding the waters. A report by the US State Department revealed that China’s so-called claims over the waters undermine the rule of law, including provisions in international law.

A report published Wednesday titled “Limits in the Seas” by the US State Department regarding China’s claims over the South China Sea found that the overall effect of the “historic claims” was that it “unlawfully claims sovereignty or some form of exclusive jurisdiction over most of the South China Sea.” The surrounding nations, including Taiwan, have been angered by China’s claim over the majority of the waters.

“For this reason, the United States and numerous other States have rejected these claims in favor of the rules-based international maritime order within the South China Sea,” said the report.

“Such claims are inconsistent with international law, under such features are not subject to a lawful sovereignty claim or capable of generating maritime zones such as a territorial sea,” said the report.

The assessment also cited the lack of “substantive content” and the declaration of “historic rights” over the body of water as “deficient for its vagueness.”

“The PRC has stated that its historic rights are ‘protected by international law’ but it has not provided a legal justification for such a claim,” said the report. China only cites the “nine-dash line” to justify its claims over most of the South China Sea. However, an international tribunal in 2016 rejected China’s claims, declaring the claims to have no legal basis on the UN Convention of the Law of the Sea.

China has nevertheless ramped up its presence in the waters by building artificial islands and military bases. China has also been accused of constantly harassing fishermen from the Philippines by its so-called maritime militia and swarming parts of the Philippines’ Exclusive Economic Zone.

In an effort to deter China’s aggression in the waters, the US has deployed two carrier strike groups to carry out drills. A Beijing-based think tank said that two US military ships, the USS Carl Vinson and the USS Essex, flanked by other vessels, were seen in the region Tuesday.

The US Navy has yet to confirm the military exercises in the waters.