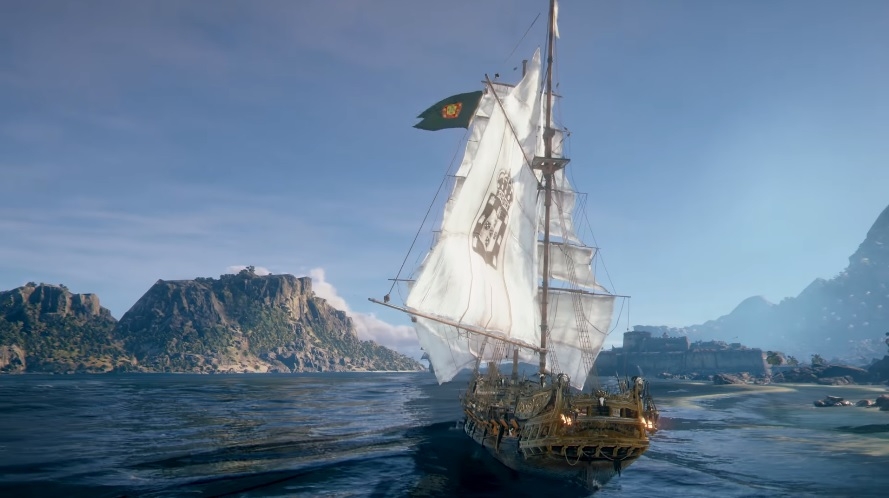 The development of "Skull and Bones" has been one of the long-running projects of Ubisoft, and fans got more ideas about its potential gameplay features after a recent leak. The pirate-themed title will reportedly offer a wide array of ship customization options, along with an open world setting.

The latest information comes from reliable leaker Tom Henderson in a 10-part thread on Twitter earlier this week. He reported that ships in "Skull and Bones" will be categorized in five tiers based on their sizes. But they are also grouped into three main purposes, such as cargo, combat, and exploration.

It appears that one of the main goals in the game is for players to establish the reputation and status of their in-game character. Henderson said "Skull and Bones" will have gamers start with nothing, and one of the first goals will be building a raft.

Upgrading to a small pirate ship, or any bigger ships, later on, would require completing missions, collecting resources, and increasing the character's reputation. Ships can be acquired by purchasing blueprints at different settlements. But players will also need to have certain amounts of various resources to build different kinds of ships in "Skull and Bones."

Every ship has a default number of cannons. But, as mentioned, Ubisoft reportedly intends to make ship customization a major element in the game. "Skull and Bones" upgrades can then come in the form of additional cannons. Players could also have ballista, flame throwers, and mortar as ship attachments. Cannons will also get different types of ammunition.

Meanwhile, the size of the ship is not the only factor to consider in elevating players' status as a pirate. The leaker said, in some cases, smaller ships could be more useful in "Skull and Bones." "An example given was that a smaller ship might outrun a bigger ship by staying close to the shore or going up a river because the bigger ships would get beached on the bottom of shallow waters," Henderson said.

Henderson reiterated that "Skull and Bones" will be set in an open world. Ubisoft had previously mentioned the game is set in the Indian Ocean, and the latest leak indicated that one of the in-game locations is the Coast of Azania, a real-life place in Mozambique.

While Henderson's leaks are usually accurate, players should still take this with a grain of salt because developers can internally change gameplay details before the release date. And the leaker said "Skull and Bones" are not close to completion at this point.

On the bright side, Henderson said the development is in a "decent spot" and that "Skull and Bones" appear to have plenty of "good combat." The game's time frame has been adjusted several times, and the latest update indicated that it is unlikely to launch anytime before April 2022.