‘Sherlock’ season 5: Series is not yet confirmed but here’s why it is not canceled; Cast, plot and other details to know 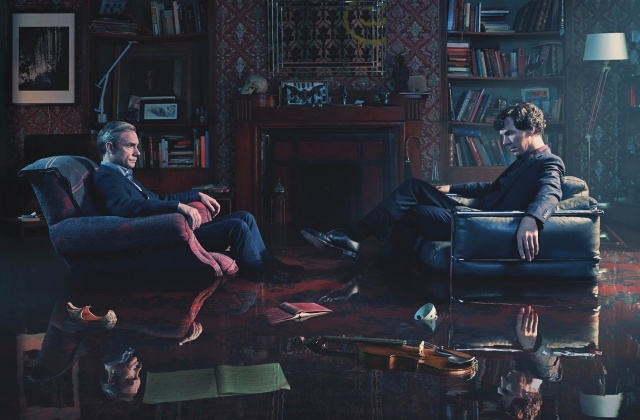 ​It has been years since the last episode of “Sherlock” aired, but despite this, fans have yet to hear something about its renewal. Many of them are already doubting the fact that the show will still return, but no one can blame them because BBC and the production team have been mum for a long time.

Why “sherlock” Up to this day, there is no news about “Sherlock” season 5 however, previous statements by the executives and even the actors of the show suggest that the series will continue. For instance, Benedict Cumberbatch who plays Sherlock Holmes denied that their show has been axed already. In his interview with the Associated Press, he said that they will still do the next seasons.

Additionally, BBC Network shared that the renewal of “Sherlock” season 5 is not really up to them but it really depends on the showrunners’ decision. After season 4 ended in 2017, the network explained that Matt Gattis and Steven Moffat couldn’t work on the next installment at once because they have been assigned to do another drama which is “Dracula.”

The said show was the pair’s reunion project and BBC is producing it as well. As per The Guardian, both Mattis and Moffat said they are still willing to work for “Sherlock” season 5 and they just need time.

What to expect - season 5 plot prediction

Season 4 showed stories in London’s modern-era. Sherlock and Watson solved cases around the city and aside from friends sometimes their families are also involved.

In fact, in the finale of the last season, the focus of the story was Eurus Holmes, Sherlock and Mycroft’s sister. She was projected as someone who is not in her right mind and sort of dangerous because she was brought to maximum-security psychiatric prison after committing arson.

Interestingly, the home she burned was her family’s and her brothers are investigating the case. In “Sherlock” season 5, more stories about Eurus is predicted to be revealed. Perhaps, as her character is slowly revealed more mysteries and shocking revelations would surface.

Finally, when “Sherlock” season 5 arrives, fans can expect Benedict Cumberbatch, Martin Freeman and Sian Brooke as Eurus Holmes to be back as the main characters. Release date is not available yet but it could arrive in 2022 if filming will take place next year.