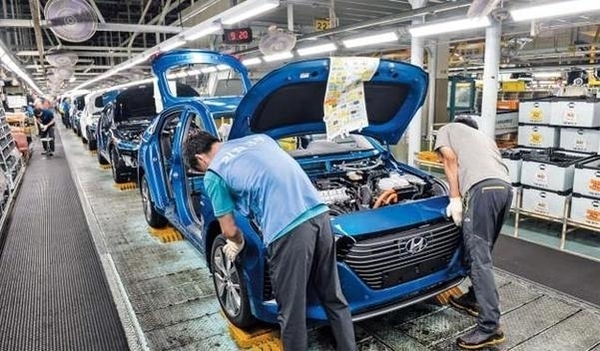 Car buyers could enjoy lower price due to the tax cut

South Korea's finance ministry will extend the 30 percent cut on consumption tax for passenger cars until Dec. 31 this year to boost sales.

The cut reduced consumption tax on passenger cars to 3.5 percent and brought down the car's cost by much as 1.43 million won.

The outbreak diminished vehicle sales in South Korea by 36 percent last month from a year earlier.

The government will also temporarily lower value-added tax paid by small merchants by the end of this year to help them recover from the pandemic's impact on their businesses.

Those reporting sales of 40 million won or less from July to December this year would be eligible for the tax benefit.