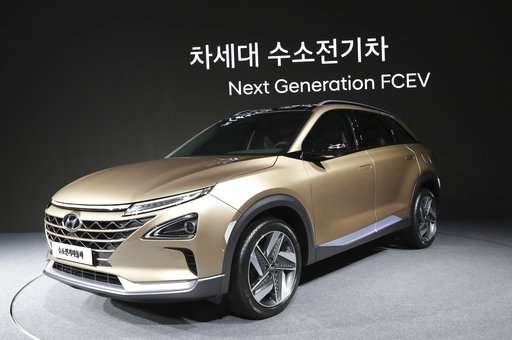 South Korea plans to build more hydrogen production facilities in Busan, Daejeon, and three other cities that could power 49,000 cars or 760 buses annually.

The facilities would utilize liquefied natural gas to produce 7,400 tons of hydrogen every year.

The move is in pursuance of the country's latest green energy vision that would break away from using fossil fuels and promote hydrogen fuel cell automobiles.

South Korea plans to increase the number of hydrogen passenger cars running in the streets to 15,158 units by the end of 2020 and to have 2.7 million of such automobiles by 2040.