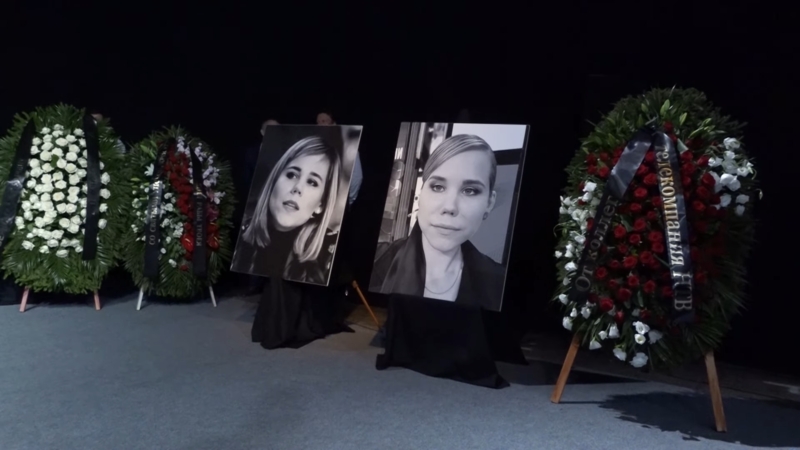 A report by the New York Times Wednesday found that according to the country’s intelligence community, parts of the Ukrainian government may have signed off on the bombing of Darya Dugina, the daughter of Russian nationalist Alexander Dugin. The assessment of Kyiv’s suspected participation was shared within Washington last week, according to the report.

Dugina was killed when a bomb detonated in her car back in August. Russia said Ukraine’s “special services” were responsible for the bombing.

Kyiv has denied any involvement at the time, and Ukrainian presidential adviser Mikhailo Podolyak reiterated the denial when pressed on the US intelligence assessment.

“Again, I’ll underline that any murder during wartime in some other country or another must carry with it some kind of practical significance,” said Podolyak. “It should fulfill some specific purpose, tactical or strategic. Someone like Dugina is not a tactical or a strategic target for Ukraine.”

US officials also told the New York Times that they do not have a complete picture of competing power centers in the Ukrainian government. The report added that this may be a reason why some parts of Kyiv may not be aware of the plot. The report also said the US had no involvement in the attack and had no prior knowledge of the attack.

Meanwhile, officials said Thursday that two Russians trying to flee from Vladimir Putin’s mobilization order are trying to claim asylum in the United States when they arrived in Alaska by boat. The office of Republican Senator Lisa Murkowski, who represents the state, said the two were claiming to seek asylum in order to avoid getting enlisted in the partial mobilization of reserve troops.

Alaska Governor Mike Dunleavy also said the two Russian nationals arrived in Alaska by boat and were being questioned.

“We don’t anticipate a continual stream of individuals or a flotilla of individuals. We have no indication that’s going to happen, so this may be a one-off,” said Dunleavy in a statement.