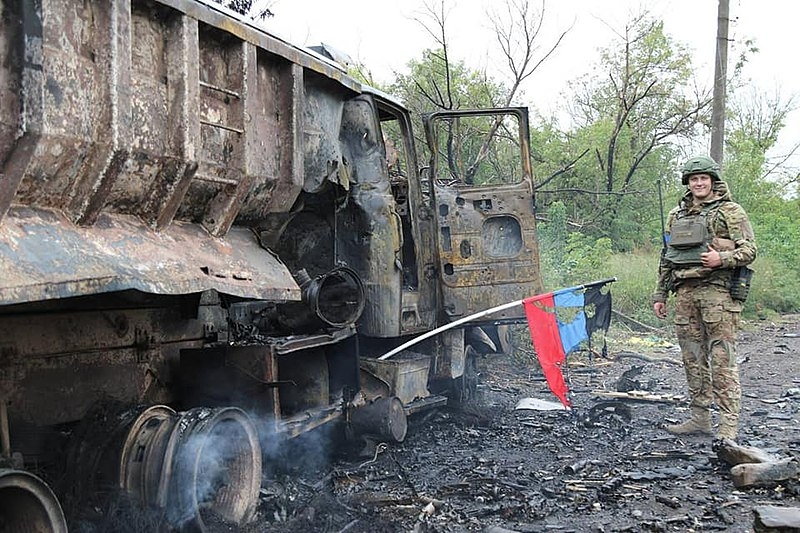 The United States announced a new package of additional military assistance to Ukraine as it continues its counter-offensive to reclaim partially occupied territories. The new package would include additional High Mobility Artillery Rocket System launchers.

US President Joe Biden spoke with Ukrainian President Volodymyr Zelenskyy Tuesday as Washington announced that it would be sending another package of military aid. With Vice President Kamala Harris also in the call, both stressed the continued commitment of the US to Ukraine.

The new military assistance package from the US is the first since Vladimir Putin announced the annexation of four partially-occupied territories of Ukraine: Kherson, Donetsk, Luhansk, and Zaporizhzhia.

The White House said the $625 million additional package included four additional HIMARS rocket launchers, 32 Howitzers with 75,000 rounds of ammunition, 200 Mine-Resistant Ambush Protected vehicles, and Claymore anti-personnel mines, all of which would be taken from existing US stockpiles.

“Recent developments from Russia’s sham referenda and attempted annexation to new revelations of brutality against civilians in Ukrainian territory formerly controlled by Russia only strengthens our resolve,” Secretary of State Antony Blinken said in a statement.

The weapons provided by the US and other countries in the West have helped Ukrainian forces push back against Russian troops in the midst of a rapid counter-attack that started last month. Ukrainian forces have reclaimed control of Kharkiv as a result of its counteroffensive and most recently, the town of Lyman in the Donetsk region.

Ukrainian forces are looking to reclaim territories in the eastern and southern regions before the winter months and before Russia could deploy 300,000 of its reserve troops in its partial mobilization.

In televised remarks, Putin said he signed a decree making amendments to his previous order of partially mobilizing reserve troops.

Speaking with teachers, Putin said the new decree would defer the conscription for the additional categories of students, including those who are currently enrolled in accredited private universities and some postgraduate students.

The amendments follow a major exodus of Russians trying to flee from getting enlisted in the war by seeking refuge in some of the neighboring countries.