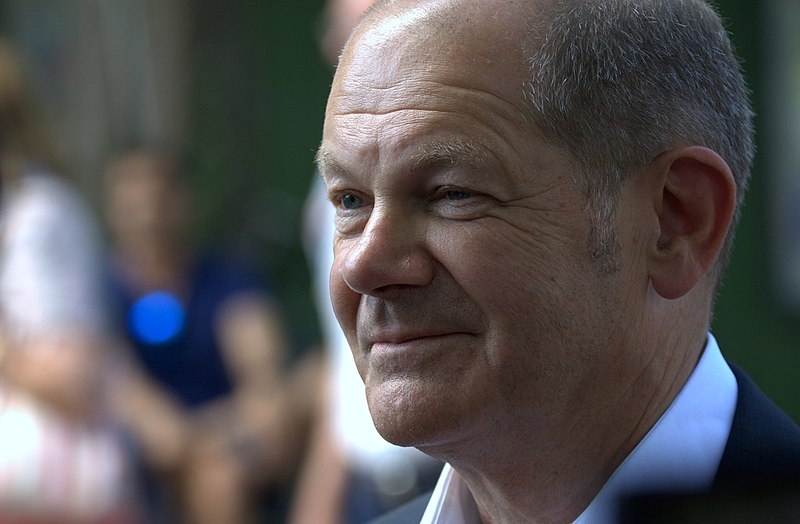 Russia’s war in Ukraine has approached its third month, and Moscow continues to bombard Kyiv since invading in February. With Moscow launching an offensive in the southern and eastern territories of Ukraine, German Chancellor Olaf Scholz said Ukraine must win the war and that Russian dictator Vladimir Putin does not get to dictate the peace terms.

In his remarks at the World Economic Forum in Davos, Switzerland, Scholz said he is certain that Putin will not win the war he is waging on Ukraine and that Kyiv will not lose to Russia.

Scholz rejected the notion that Putin would dictate the terms of an agreement that could resolve the war amidst suggestions that Ukraine surrenders some of its territories to Russia.

“Putin must not win this war and I am convinced he will not win,” said Scholz in his remarks. “A capture of the whole Ukraine seems further away now than at the beginning of the war.”

“There will be no dictated peace,” Scholz stressed. “Ukraine will not accept this, and neither will we.”

Scholz said Putin would only likely seriously negotiate once he realizes that he cannot win the war, noting the importance of Western support. However, the German leader did not address the demands of Ukrainian President Volodymyr Zelenskyy to send more heavy weapons to Ukraine, even as Ukraine’s foreign minister Dmytro Kuleba announced the request during his attendance at Davos Wednesday.

Kuleba said Ukraine is looking to procure German Marder infantry fighting vehicles as well as Leopard main battle tanks but has not made significant progress with Berlin.

Scholz also said that Germany would end its imports of Russian oil by the end of 2022 while reducing dependence on Russian gas.

Zelenskyy said those who made the suggestion were not thinking of the interests of ordinary Ukrainians. “The millions of those who actually live on the territory that they propose exchanging for an illusion of peace,” said Zelenskyy.