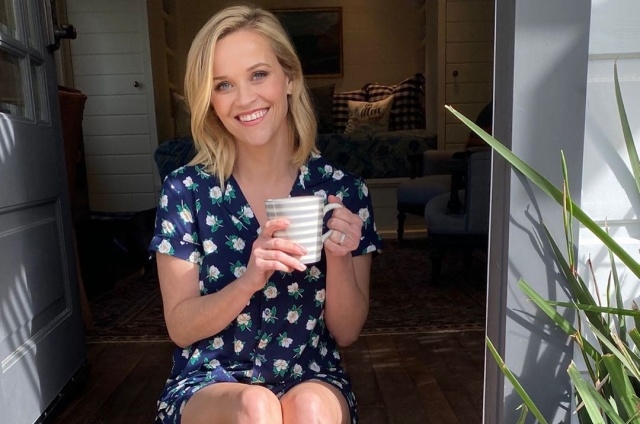 Reese Witherspoon is reportedly confused, and she is considering divorce right now. The actress is said to be very stressed out after working from home and staying with her husband Jim Toth due to the COVID-19 quarantine.

In a report that appeared on In Touch last week, it was mentioned that while in isolation, the marital issues with her husband of seven years have come to the surface. It was said that as proof that the couple is having problems, the magazine pointed out that Reese did not give a shout out to Jim on social media.

The outlet insisted that this is an indication because it was their wedding anniversary, and yet, she did not bother to mention him on Instagram. What’s more, the tabloid further claimed that the two have decided to put their home up for sale last month, and this is surely a telling sign that their marriage is headed for divorce.

“Reese and Jim have always had their issues, but things are amplified now that they’re both working from home,” the so-called source told In Touch. “There are even rumors they’re headed for a divorce.”

Further, it was suggested that friction could have formed between Reese Witherspoon and her husband Jim Toth, as whatever the actress does, they always return with good results. She is successful, and this could be making her husband insecure.

Thus, things are said to be not looking good between the two. It seems that their marriage will not survive for a few more years anymore.

Gossip Cop stated that In Touch is making a lot of brave claims since the story is obviously not well-researched. The fact-checking site directly wrote that everything the tabloid wrote about Reese Witherspoon and her marriage to Jim Toth is false because, in truth, they are not headed for divorce.

In fact, in one of the actress’ interviews, she revealed that Jim Toth is really the one for her, and she’s lucky to have met such type of a man. "We have the best time together, she told Candis Magazine. “We find humor in everything and have that lovely easy relationship - you know how you get that sort of great feeling when it's all working out."