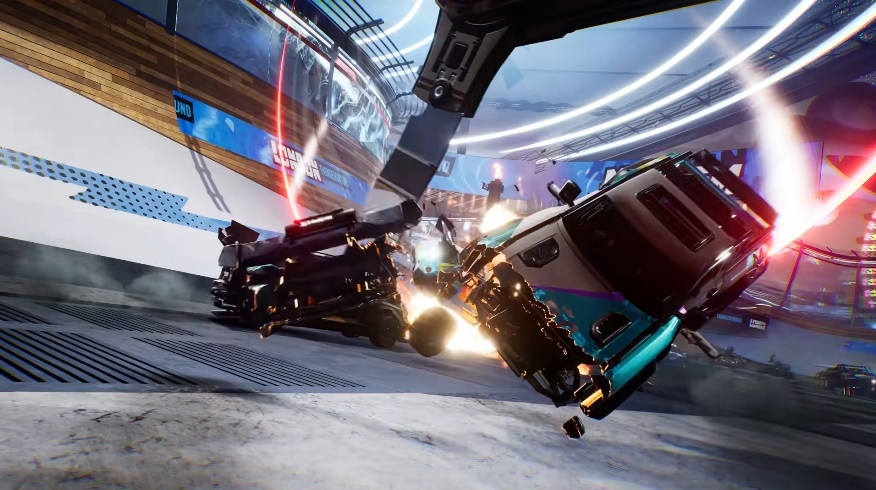 The PlayStation 5 lineup of launch titles recently lost one game as Sony announced the delay of the multiplayer “Destruction AllStars’ to next year. On the bright side, Sony is making up for the timeline changes by confirming that the game arrives for free on PlayStation Now.

‘Destruction AllStars’ gets a new release date on PlayStation 5

“Destruction AllStars” was one of the first-party games originally announced to be playable on PlayStation 5 on day one. Developed by Lucid Games, it primarily features vehicular combat gameplay where a player will join a team of 16 and control one of the AllStars.

Each character in every match will have a hero vehicle with unique qualities. “Destruction AllStars” becomes more exciting when a player’s car is wrecked because they will not be taken out of the match. They will have to survive in the arena without a vehicle, and this is where a character’s unique skill may come in handy.

Earlier this week, Sony announced that the game will not be launched with the PlayStation 5 on Nov. 12. Without giving much explanation about the changes, Sony promised that “Destruction AllStars” will go live sometime in February 2021.

The game will be playable for free through PSN during its first two months in the market. Note that access to PSN is only free for the first seven days for new subscribers. After that, it requires a subscription fee starting at $9.99 per month. “Destruction AllStars” is only announced for PlayStation 5.

PlayStation 5 games: What other launch titles to expect

There will still be a good list of games that will be playable on PlayStation 5 once it launches next month, including “Marvel's Spider-Man: Miles Morales” that comes with an upgrade for “Marvel's Spider-Man.” Several third-party AAA games will also be available on the next-generation console on day one, namely “Devil May Cry 5: Special Edition,” “Assassin's Creed Valhalla,” “Borderlands 3,” “NBA 2K21,” “Fortnite,” “PUBG,” “Watch Dogs: Legion,” and “Mortal Kombat 11 Ultimate.”

PlayStation 5 will be released with two variants. The standard model supports digital and physical support and will cost $499 while the Digital Edition is priced at $399. The Nov. 12 release date only applies to the U.S., Japan, Canada, Mexico, Australia, New Zealand, and South Korea, while the rest of the world needs to wait until Nov. 19.