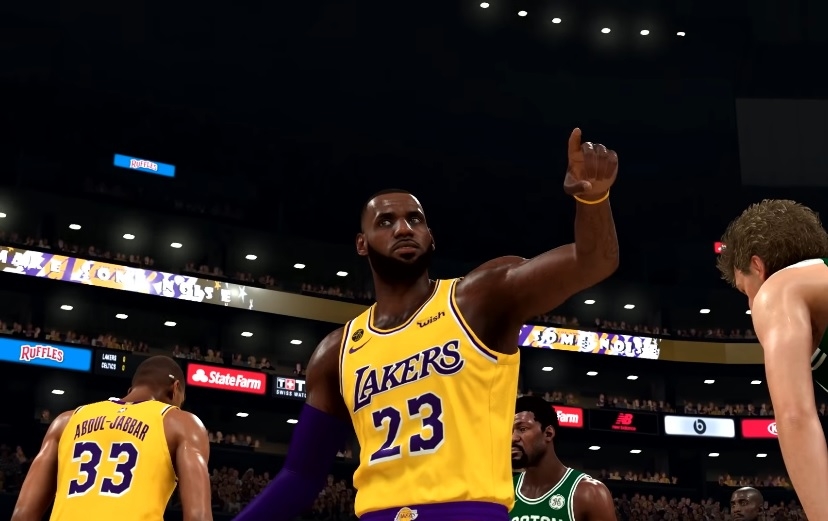 The first place in the list of “NBA 2K21” overall ratings has been given solely to LeBron James this year. He beats Giannis Antetokounmpo by one point after garnering a 98 OVR as the 2K Games unveil the list ahead of the game’s “next-gen” release.

“Still King” is what “NBA 2K21” developers referred to James when they recently unveiled the latest OVR ranking for the players featured in the video game sports sim. He also is not sharing the first place after getting a 98 OVR rating this year.

In 2019, 2K Games announced the first OVR ranking for “NBA 2K20” where James was tied with Kawhi Leonard at first place. They both had 97 OVR ratings at the start of the video game’s life cycle while Antetokounmpo also placed second last year.

The “NBA 2K21” ranking is a vivid contrast to how NBA MVP voters decided this year naming Antetokounmpo as the back-to-back MVP while only 16 out of 100 gave James their first-place votes. While that matter is still highly debated, the 35-year-old basketball player was the clear winner for this year’s Finals MVP making it his fourth Bill Russell trophy. The NBA’s longest season ever also marks the fourth time James won the NBA World Championship -- his first with the Los Angeles Lakers. While his MVP run did not end well this year, it is worth noting that the 17-season NBA veteran is a four-time NBA MVP as well.

First-time NBA champion Anthony Davis is tied at third place with James Harden after garnering a 96 OVR rating in “NBA 2K21.” Damian Lillard shares the 95 OVR rating with former teammates Steph Curry and Kevin Durant. Luka Doncic makes it in the top 10 once more with a 94 OVR rating and he is followed by Jimmy Butler, who received a major boost in the “NBA 2K21” ranking with rated with a 93 OVR after leading the Miami Heat to its NBA Finals return.

Note that this latest OVR ranking applies to the game’s “Next-Gen” version. “NBA 2K21” launched early for PC and current-generation consoles PlayStation 4, and Xbox One players last Sept. 4. The basketball sim will go live for Xbox Series X/S and PS5 as soon as the consoles hit the shelves on Nov. 10 and Nov. 12, respectively.