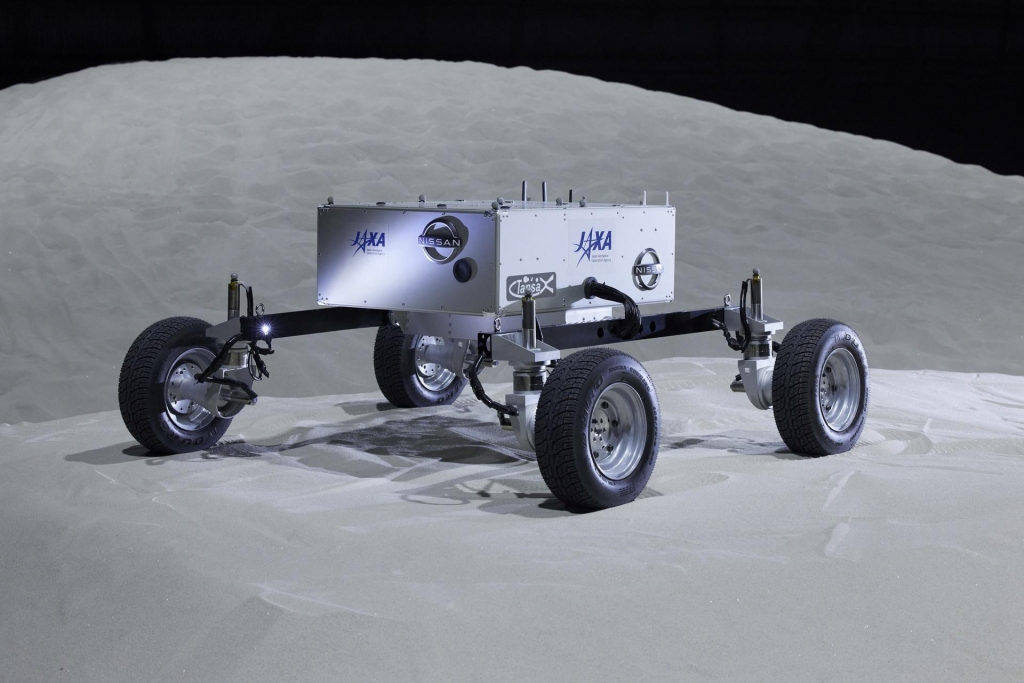 The Japan Aerospace Exploration Agency (JAXA) is expected to adopt the lunar buggy as an exploration car.


Nissan Motor Co. rolled out on Dec.2 an unmanned rover prototype to operate on the moon using its electric car’s all-wheel-control technology to let it operate under harsh conditions.

The Japan Aerospace Exploration Agency (JAXA) is expected to adopt the lunar buggy as an exploration car.

Toshiyuki Nakajima, head of advanced vehicle engineering for Nissan, said they designed the vehicle to operate on the moon even if the lunar soil blocks its wheels.

With the moon only having one-sixth of the Earth’s gravity with a surface covered by fine powdery soil, vehicles would have difficulty stably traversing it.

The lunar vehicle is powered by four motors and has lithium-ion batteries.

Its all-wheel technology powers both the front and rear wheels simultaneously, allowing it to run on powdery soil.

This technology for the lunar buggy will be used for Nissan’s new crossover Ariya electric car, to be marketed next summer.