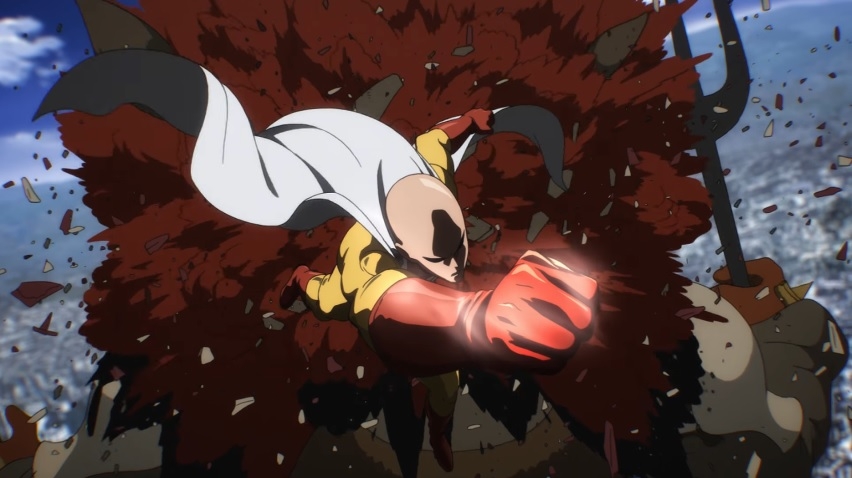 From a trailer of “One Punch Man” | Photo credit: animelab / YouTube screenshot

Fans have plenty to expect from “One Punch Man” season 3, considering how they reacted to the release of the second season. One of them is hoping there would be a balance in fleshing out the stories of Saitama and Garou.

In a way, Garou became the star of the second season. He appeared in more scenes than Saitama did and fans might have found it confusing or disappointing considering the Caped Baldy is the main protagonist in the franchise. While Garou’s debut was at the heart of season 2’s overall plot, there is no excuse for not including enough scenes with Saitama in it. The question now is how this would be handled in “One Punch Man” season 3.

The limited appearances of Saitama in season 2 was one of the complaints fans have, other than the significant change in the animation and narrative pacing that many blame on the studio change. Meanwhile, the anime adaptation has only scratched the surface of Garou’s character development. And he will have more appearances as “One Punch Man” season 3 delves deeper into the Monster Association Arc.

This is where the work of the studio that would handle “One Punch Man” season 3 becomes crucial. They need to find a way to balance the development of both important characters along with the appearances of other side characters from the heroes and monsters' side.

It is not an easy task, especially when anime fans consider that the next installment will introduce many new characters as they learn more about the Monster Association. If “One Punch Man” season 3 would follow the key events from manga chapters the anime has yet to cover, producers have a chance to include another sequence where Saitama and Garou interacts.

There is no doubt in many fans’ minds that “One Punch Man” season 3 will be released eventually. However, the truth still stands that the next season has not been confirmed yet.

This means details about the studio producing it, the creative team to lead the production, and its release date window is not set in stone yet. But fans just have one more request; it is not having to wait another four years before seeing “One Punch Man” season 3.