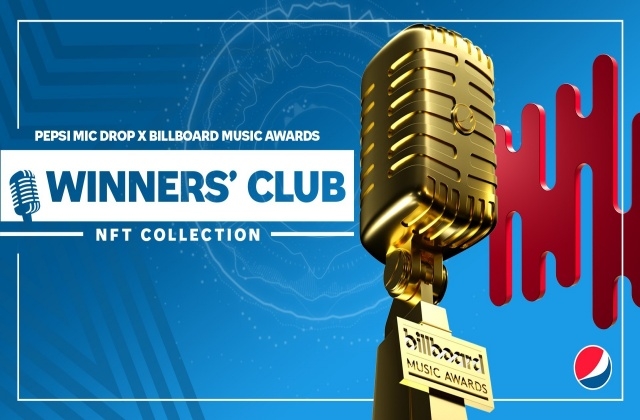 Pepsi and Billboard announced their collaboration along with MRC Live & Alternative to drop the first-ever NFT live minting experience. With the partnership, the beverage brand is setting down a cutting-edge non-fungible token experience to offer a new way for people to engage with live entertainment.

Pepsi Mic Drop, Billboard Music Awards, and MRC Live & Alternative are launching the “Winners’ Club” NFT Collection, which will be available via the Billboard ChartStars platform. This is a limited edition digital collectible that was specifically made for the 2022 Billboard Music Awards or the BBMAs. This will give fans a chance to claim NFTs while the awards ceremony is ongoing, as per Beverage Industry.

The live telecast that is scheduled to take place on May 16 will also introduce a brand new “Pepsi Mic Drop Moment” to honor one artist or group that has reaped unique success on the Billboard Hot 100. This event is a means to continue Pepsi’s legacy of working with musicians and supporting them throughout.

In any case, the Pepsi Mic Drop x Billboard Music Awards Winners’ Club NFT collection will be the first time that fans will also be able to receive a piece of the BBMA, just like how the musicians take their trophies home after winning an award. Fans may claim their digital collectible at the Billboard ChartStars, which is built on the Flow Blockchain.

Billboard and Pepsi will be creating NFTs for each award given out at the BBMAs, and minting will happen in real-time. This means that whenever an award is announced during the show, a digital collectible will be unlocked on the spot. The one-of-a-kind NFTs have been described as rewards for diehard fans of Billboard Music.

"Pepsi has a deep-rooted heritage in music, so our partnership with Billboard to create the Pepsi Mic Drop x Billboard Music Awards 'Winners' Club' NFT Collection is a great reflection of our ongoing desire to connect with fans that share our unapologetic love of music," Pepsi’s chief marketing officer, Todd Kaplan, said in a press release.

He added, "This collection is built to be broadly accessible to music fans who want to capture a piece of history from this year's 2022 Billboard Music Awards. It is free to mint and easy to access through a never-been-done live minting experience and shows our commitment to the Pepsi Mic Drop platform and desire to create new experiences for music fans everywhere.”

MRC Live & Alternative is producing the "2022 Billboard Music Awards" with Robert Deaton and Sean "Diddy" Combs serving as executive producers. The event is sponsored by Pepsi, Xfinity, and Security Benefit.