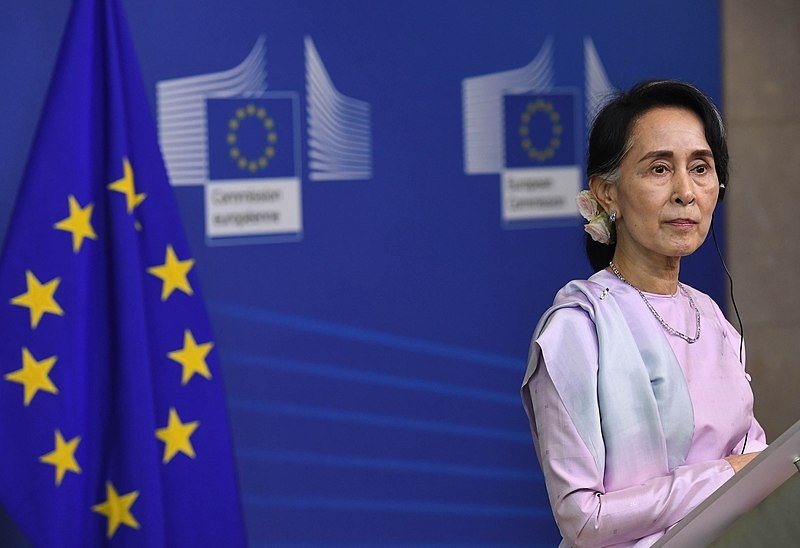 In the midst of the COVID-19 pandemic, Myanmar is also suffering from civil unrest following the arrest and detainment of its leader Aung San Suu Kyi, along with members of her party following the November elections. During her sentencing, Suu Kyi’s initial sentence of four years in prison was lowered down to two by the junta.

AFP reports that Suu Kyi’s prison sentence was lowered down to two years following a partial pardon by the leader of the military-backed government, according to state television. Early this week, a court in Myanmar found Suu Kyi guilty of charges of incitement and breaching COVID-19 restrictions. The verdict sparked international criticism, with some calling the trial a “sham.”

Myanmar President Win Myint was sentenced to four years, and both will serve their sentences at an undisclosed location. This would likely mean that they would not be transferred to prison. The military has not disclosed specifics of where Suu Kyi is detained, and it remains to be seen if the sentencing would change her circumstances.

Suu Kyi and the National League of Democracy won by a landslide in the November 2020 elections. However, the military alleged that the votes were rigged in Suu Kyi’s and the party’s favor and seized power, leading to widespread protests that also led to 1,300 people dead as a result of the protests. Other members of the party have either fled the country or are in hiding from the junta without any spokesperson available to comment.

The United Nations has also called for the Myanmar junta to hold individuals who use excessive force on unarmed civilians accountable. This followed the news of security forces ramming a car into a group of protesters resulting in five people dead and dozens injured, according to witnesses.

“Those responsible for the use of excessive and disproportionate force against unarmed civilians must be held to account,” said UN coordinator in Myanmar, Ramanathan Balakrishnan, in a statement.

The Myanmar Now news outlet said that the incident happened minutes after a supposed “flash mob” of people protesting against the military coup formed. 15 people have reportedly been arrested following the incident.