‘My Hero Academia’ chapter 284 release date, spoilers, leaks: Deku uses 100% One For All vs. Shigaraki’s All For One 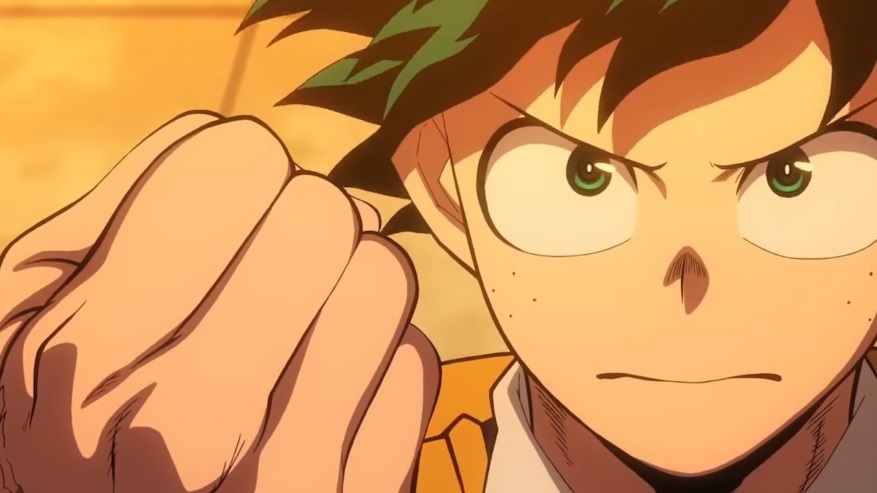 From the trailer of “My Hero Academia” season 4 | Photo credit: Funimation / YouTube screenshot

The fight between Deku and Shigaraki will finally continue, and the extra time waiting for “My Hero Academia” chapter 284 will be worth it. Leaked pages of the next chapter show that the hero is going to activate the 100% One For All once more as he attacks Shigaraki.

“My Hero Academia” chapter 284 picks up exactly where the previous installment ended. It can be recalled that Deku activated Nana’s Float Quirk and brought Shigaraki up in the air. This is to prevent him from touching the ground, thus, avoiding him to use Decay on the heroes on the battlefield.

While “My Hero Academia” chapter 284 will still be an action-packed installment, the leaks indicate that many of its pages will be dedicated to flashbacks of Deku’s training with the other students. Fans should expect some panels showing Deku getting some lessons from Sero and Uraraka, especially on how to float in the air with stability.

While Deku was training, the flashbacks in “My Hero Academia” chapter 284 also show Bakugo and All Might having a conversation about Deku. At the time, Bakugo noticed that the notes on all the previous One For All Quirk users were missing some key information. The details on the fourth user were scratched off even though all information about the fifth through seventh users was complete even to how they met their demise. The leaks do not show All Might’s response to this, but it hints that All Might is hiding something important from Deku.

Back to the battlefield, Deku and Shigaraki are still suspended up in the air but the latter is still conscious and able to fight. The highlight of “My Hero Academia” chapter 284 is going to be Deku being able to use 100% One For All to counter Shigaraki’s All For One.

Deku also notes that OFA is the only Quirk that can topple AFO. However, Deku’s regeneration ability is much slower in “My Hero Academia” chapter 284 posing some serious dangers that could destroy him if he continues to use 100% OFA. Deku, however, does not show any hesitation. He is determined to stop Shigaraki and the 100% OFA is the only way to go.

‘My Hero Academia’ chapter 284 release date, where to read

Sources of the leaks all note that the copy they have does not show the full and chronological order of “My Hero Academia” chapter 284. Fans should still wait for the official release of the chapter that will happen on Friday, Sept. 18 through Manga Plus and Shonen Jump online.