Michael Schumacher health: How the F1 legend is recovering since his dreadful skiing accident in 2013 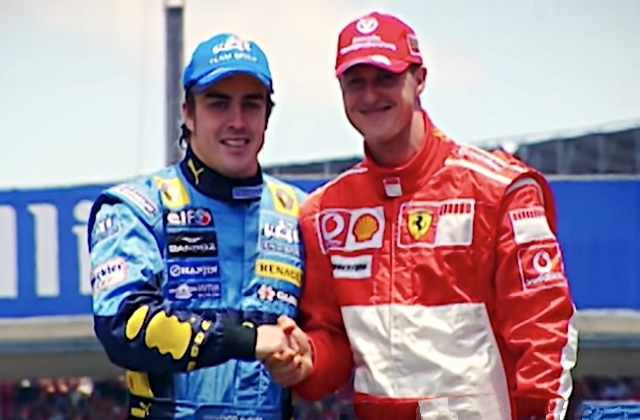 Michael Schumacher retired from Formula One at the end of the 2012 season. It was actually his second retirement since he first left the tracks in 2006 and made his comeback in 2010.

When he retired for the second time, he was replaced by McLaren's Lewis Hamilton in 2013. The younger racer took his place at Mercedes because he has no other option but to quit at the age of 43.

Schumi’s accident at the Alps

Michael Schumacher was enjoying his retirement for a year but unfortunately, he could not enjoy it further because he got into a serious accident while skiing in the French Alps. It was in December 2013 when he bumped his head on a rock while skiing with his son and even though he was wearing a helmet, it cracked and his skull was fractured.

The 7-time Formula One champion was airlifted to a hospital where doctors found that his head injuries needed more attention so he was transferred to a bigger hospital called Grenoble University Hospital Centre. He was in critical condition and the doctors placed him in a medically induced coma so he can survive. Since then, Michael Schumacher was never seen in public ever again.

The long road to recovery

Two days after the accident, on Jan. 1, 2014, Schumi’s condition was said to have improved after the head surgery. However, the doctors said that he is still not out of danger.

As per Metro, Schumacher was in a coma for six months before doctors gradually woke him up. It was also rumored that he had died already but this was refuted by the hospital in February of that year. But then, London neurosurgeon Colin Shieff stated that the F1 champ will not make a full recovery due to the severity of his head injuries.

By March 2014, another doctor said that there are improvements in Schumi’s condition. He was transferred to the University Hospital of Lausanne in Switzerland so it will be closer to the family’s home and by July, the car racer’s wife Corinna said that her husband responded to her voice.

In September of that year, Michael Schumacher was brought home to continue his treatments and rehabilitation there. Apparently, he did not make any big improvements since then and in 2015, Jean Todt, FIA president and one of Schumi’s closest pals said that his friend is still fighting.

Michael Schumacher’s family rarely comments on his health condition and recovery but in 2018, Corrina said that her husband is a “fighter and will not give up.” The following year Todt spoke up again and revealed that his friend is making good progress.

The reality of Schumi’s health condition

Michael Schumacher’s family and friends are only stating that the F1 legend’s health is improving and he is on his way to recovery but the truth was recently revealed by a leading surgeon. UK’s The Daily Mail reported that Nicola Acciari, an Italian neurosurgeon, said that recovery is impossible because he has been in medication for too long already.

“We must imagine a person very different from the one we remember on the track, with a very altered and deteriorated organic, muscular and skeletal structure,” the doctor said. “All as a result of the brain trauma he suffered.”