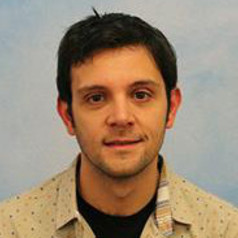 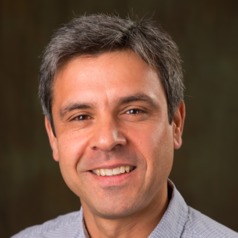 Most of the sports world has ground to a halt over the coronavirus pandemic. The Tokyo Olympic Games, the NBA season, and soccer’s Champions League, along with many other major tournaments, have been postponed. Wimbledon has been canceled for the first time since World War II. These cancellations and postponements go all the way down to recreational competitions.

Given the impact that any large gathering could have on the further spread of the pandemic, several sports commentators, noted that at this point in time, sports did not matter. The New York Times sports commentator wrote, “Postpone it, cancel it, whatever. There are more important things to think about. It is a sport, after all,” referring to the cancellation of soccer’s Champions League.

The present sentiment is a reminder of a popular phrase typically attributed to former coach and player Arrigo Sacchi that soccer was “the most important of the unimportant things in life.”

At a time when the utmost urgency on everyone’s mind is the fragility of life itself, this couldn’t appear to be more true.

At the same time, as philosophers of sport, we believe that it is important to recognize the role sports play in our lives – even in difficult times.

The nature of sports

The point of sports, as philosopher Bernard Suits argues, lies in voluntarily attempting to overcome artificial problems erected by the rules.

Such rules stipulate the use of specialized physical skills to achieve the goal of the game. For instance, the rules of soccer prohibit players to hit the ball with their hands but allow kicking and heading to put the ball into the net.

Sports are activities governed, as Suits explains, by a “gratuitous logic.” Under this logic, participants attempt to solve an unnecessary problem, such as kicking a ball around a field and into a net, just for the sake of solving the problem.

The value of sports

At the same time, there are those who argue that sports fulfill human functions that are far from gratuitous. For instance, sports provide an arena for honing different kinds of capacities and fostering character development.

Philosopher José Ortega y Gasset argues that the gratuitous character of sports is a model for living well – for a life with plenty of vitality.

Similarly, philosopher Thomas Hurka includes sports among some of the challenging activities that require dedication, planning and precision.

Hurka highlights that these activities are valuable because of the effort required by the experience of trying to achieve. In his words, “We don’t call crossing your fingers an achievement because it’s too easy. Achievements have to be challenging, and the more challenging the better.”

The attempt to achieve difficult goals requires a certain dedication. In this sense, engagement in sport represents a perfectionist way of life.

As philosopher John Rawls proposes in his discussion on justice and the good life, perfectionism requires the utmost dedication to achieve human excellence; in this case, we argue, of the athletic variety.

In this regard, moral philosopher Derek Parfit, a colleague of Rawls, maintains that perfectionism involves the achievement or realization of “the best things in life.”

From a perfectionist standpoint then, living well requires individuals to commit themselves wholeheartedly to an enterprise.

Sports are equipped to provide such zeal. That is, through their commitment to a particular sport, individuals build passion for their practice and develop the zeal to pursue perfection.

Sports and the community

In addition to understanding themselves as individuals through their sporting activities, people also understand themselves as members of communities by engaging in sports. No contemporary nation with an established soccer culture can be fully understood without analyzing their passion for soccer.

For example, the Spanish national soccer teams have long been known for displaying a combative and team-based play style referred to as “La Furia Roja,” or the red fury. When Spaniards face adversity and have to come together and collectively overcome challenging situations, they refer to themselves as people who embody the red fury, mirroring their national teams’ play style.

Another example that sport historian Mark Dyreson puts forth is that America’s long-standing involvement in international sports has fostered discussions and struggles over equity, power and fairness.

Consider Tommie Smith and John Carlos raising their fists in a Black Power salute during the medal ceremony for the 200-meter dash at the 1968 Mexico City Olympic Games, which was meant to call attention to racism in America.

All this is not at all to say that we want governments to loosen restrictions and resume sports competitions. Rather this is a reminder of why sports are valuable and also sorely missed by many people around the world.