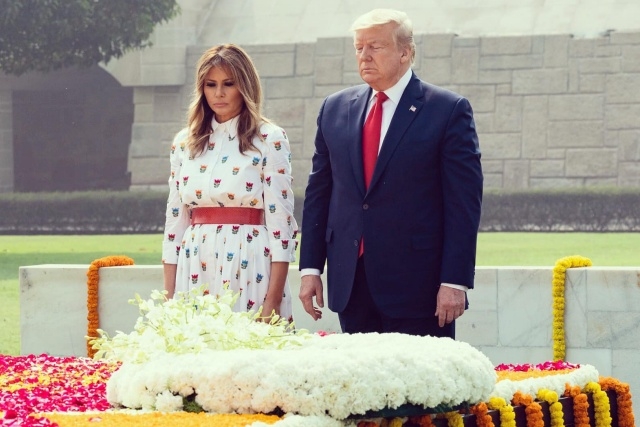 Melania Trump attended the briefing for the 2020 hurricane season on May 28. It was attended by Vice President Mike Pence, Homeland Security agency, Emergency Management office, and NOAA, but some people raised their eyebrows on the inclusion of the FLOTUS in the said meeting.

They were asking why Melania was even in attendance when it was supposed to be a briefing only for President Donald Trump and the agencies involved for hurricane preparedness. Although there were some who praised and thanked her for getting involved too, many bashed her for being there.

The criticisms hurled at the FLOTUS

On the social media platform Twitter, Melania Trump shared photos of the briefing that was held at the White House. In her post, she also tagged those who were in attendance and shared some points of what had been discussed.

“Very informative briefing with @POTUS, @VP, @DHSgov, @fema, & @NOAA on the forecast, overview, & risks for the 2020 hurricane season, including considerations for response & recovery during #COVID19,” Donald Trump’s wife wrote. “Make sure you & your family are prepared for the season.”

Melania’s update brought in hundreds of reactions and comments from the public. There are positive reactions, but there were overwhelmed by the criticisms, and negative comments hurled at her.

“So you're in charge of the paper towels now?” Janet Carpenter wrote while another one asked, “Why on earth are you there?”

Probably one of the harsh comments came from Twitter user Jean. She wrote, “Honey. Do you have to speak for the president now? Why you in these meetings? Did he lose his #sharpie?”

Meanwhile, Melania Trump was also in the news this week for another controversy that is really not good for Donald Trump. It was reported that as early as February, she tried to warn her husband about the coronavirus outbreak but it seems that her warnings were ignored.

The Week reported that rather than taking his wife’s advice seriously, he predicted that the COVID-19 will go away very soon. In the end, Melania Trump was right and it was suggested that the POTUS belatedly realized the seriousness of the situation so he did not immediately act on the outbreak.