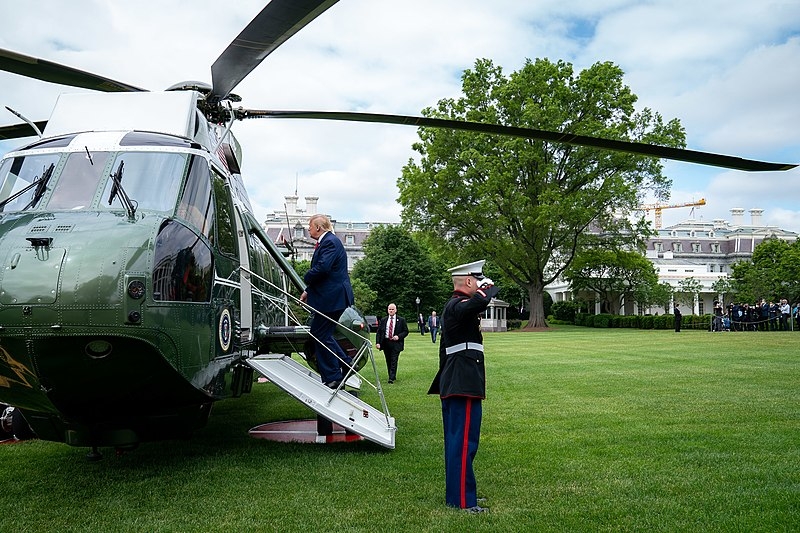 President Donald Trump is heavily against mail-in voting, especially for the upcoming elections. Recently, he criticized California Governor Gavin Newsom on Twitter for his decision to provide mail-in ballots.

Trump criticized Newsom on Twitter, pushing his claims that mail-in voting would equal to voter fraud and already calling the November elections as a rigged process. Trump continued to reason that this would lead to illegitimate votes or forged signatures. Newsom previously announced that he will provide mail-in ballots to registered voters in the state for their safety in the midst of the coronavirus pandemic. Trump and many Republicans have strongly opposed mail-in voting and have been critical of states who have or are implementing this method of voting.

Newsom defended his decision to provide mail-in voting both during a press conference and on social media as well, explaining that the last thing he wants to do is to deny Americans in the state the right to vote, noting that it is the fundamental right of every American to do so. Newsom then tweeted a clip of him addressing the executive order he signed regarding mail-in ballots.

The California governor was then sued by some Republican groups who claimed that this was Newsom’s attempt at power-grabbing and “protecting the electoral prospects” of his party. Newsom is a Democrat and announced his endorsement of Trump’s presumptive rival, former vice president Joe Biden several weeks prior.

Meanwhile, despite the death toll from the coronavirus in the United States reaching 100,000, Trump is still keen on having states reopen their economies. The President tweeted that all the states should reopen as soon as possible. This also follows the World Health Organization’s warning that there may be a second wave of coronavirus infections. Trump has even threatened North Carolina governor Roy Cooper that he will move the Republican Convention scheduled for August 24 to take place elsewhere if he does not lift the restrictions currently placed on the state.

However, states that have followed Trump by lifting social distancing and lockdown restrictions have seen an increase in coronavirus cases. Cooper has since followed the federal guidelines and has stated that his decision on whether or not to lift the restrictions would be based on the data and science.