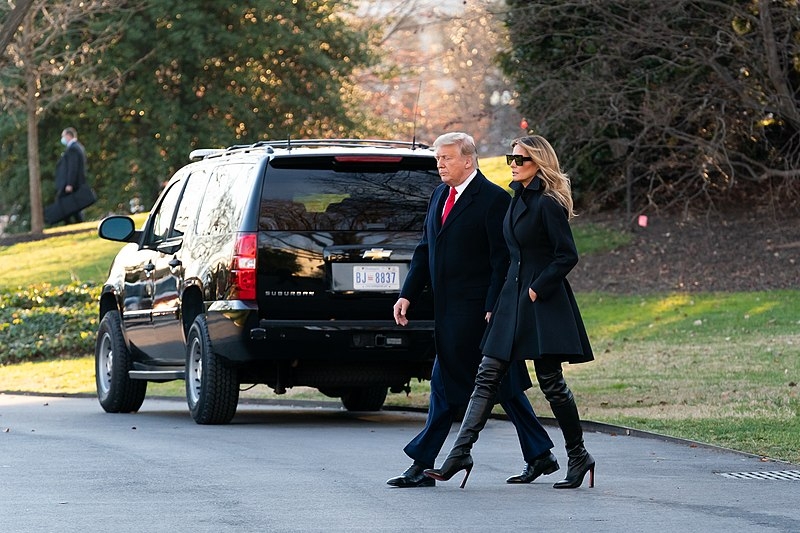 There has been increasing speculation on whether or not former President Donald Trump and former first lady Melania Trump would be divorcing especially after Trump’s election loss. In a 2008 interview, the former president answered a question on whether or not he was a good husband to Melania.

In 2008, Trump was interviewed by controversial television personality Piers Morgan, who won The Celebrity Apprentice in the same year. Morgan asked Trump if he considered himself a good husband to Melania, to which Trump replied that he was a good father. Morgan continued to press Trump with the same question until Trump eventually answered that he thinks he is a good husband at the moment.

“I think I’m a good husband now, it’s not easy for someone competing with my business,” said Trump. Morgan pressed further on his answer, asking Trump which one he loved more between his businesses and his wives. At the time, the couple was only a few years into their marriage. Melania has one son with Trump, Barron Trump who is the youngest Trump child. The couple also celebrated their 16th wedding anniversary last week.

This remark follows Trump’s previous comments about Melania. The then-businessman said that Melania was “a spectacular mother” and that they have a good relationship.

Speculation on whether or not Melania would divorce her husband was fueled in large part due to conflicting revelations from former aides as well as their lack of public displays of affection toward each other. However, according to the former first lady’s former friend and adviser Stephanie Winston Wolkoff, all those “snubs” that Melania has done to Trump were merely an act. Touching on the speculations, Wolkoff said that the couple is most definitely staying together and that Melania is every bit like her husband.

“I thought Melania was different than the rest,” said Wolkoff. “She’s not, but I believed, just as these people believe Donald when he tells them something over and over… I had to learn the hard way that she is a Trump.”

Wolkoff also notes that Melania has always been a part of why Donald keeps going. The former aide shared that the former first lady is always the first person Trump calls after an event.