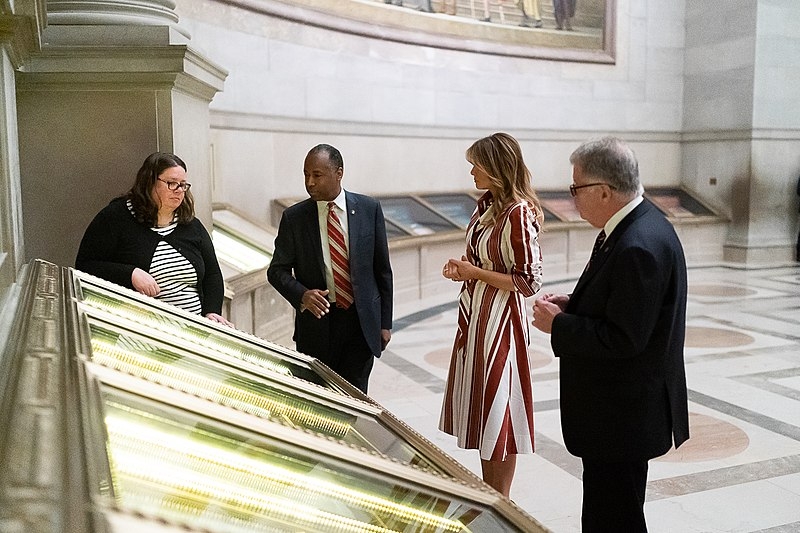 First lady Melania Trump is known for not speaking much, but as any mother would, she will not hesitate to fire back when insensitive comments are made about her son, Barron Trump. Recently, she expressed her displeasure towards a comment made by a Food Network personality who questioned her son’s parentage.

USA Today reports that Mrs. Trump released a statement through her Chief of Staff and spokeswoman Stephanie Grisham, saying how it is unfortunate that there are malicious comments aimed towards Barron Trump. “As with every other administration, a minor child should be off-limits and allowed to grow up with no judgment or hate from strangers and the media.”

The comment in question was a tweet from stand up comic and Food Network host John Henson. “I hope Barron gets to spend today with whoever his dad is,” tweeted Henson, which earned him a wave of backlash. It is customary that the media do no photograph or cover minor children of presidential families unless they are with their parents, and thus little is known about President Donald Trump and the first lady’s only son.

This is not the first time Melania has spoken against those who make comments towards her son. Previously, during the House impeachment hearings, Melania criticized law professor Pamela Harlan who was among the people who testified against Donald Trump. “The Constitution says there can be no titles of nobility, so while the president can name his son Barron, he can’t make him a baron,” said Harlan. Melania called her out on Twitter afterward and Harlan later apologized.

Meanwhile, a new book covering the life of the first lady, The Art of Her Deal: The Untold Story of Melania Trump, reveals that Melania has a very subtle way of showing her annoyance towards her husband. According to author Mary Jordan, Melania will give her husband the silent treatment if she is unhappy with him, and that she will simply walk away or “be invisible.” Jordan explains that this is why the first lady was not present when Trump went to Davos and why she chose to ride in a separate vehicle during the State of the Union address after reports of his alleged infidelities surfaced.