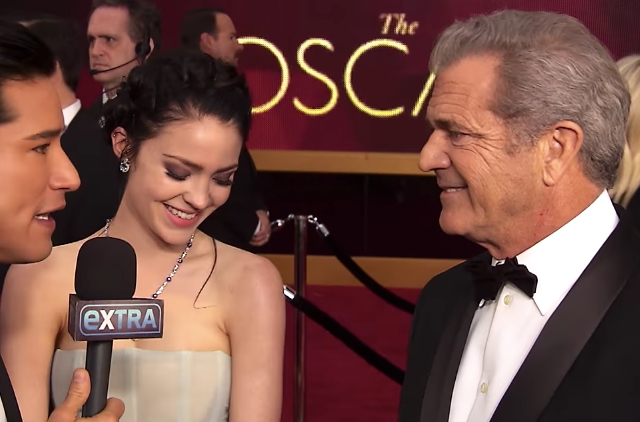 Mel Gibson is said to be preparing for his second marriage, and of course, it will be with his long-time partner Rosalind Ross. The couple already has a son, 3-year-old Lars is the youngest of the “The Professor and the Madman” actor’s nine children.

In an article that appeared on the National Enquirer titled “Mellowed Mel Marrying Again!” it was said that he decided to marry her because she is the only one who can calm him down. Mel Gibson is known for being hot-tempered, and finally, he’s found a partner who can subdue his nasty temper. The insider added that Ross makes Gibson very happy, so they are ready to bring their relationship to the next level.

“She’s made him so happy,” the so-called source said. “She’s keeping him out of trouble and he can’t imagine life without her.”

Mel Gibson and Rosalind Ross, a former scriptwriter and equestrian, officially started dating in 2014. She is the 64-year-old star’s first serious relationship after breaking up with Oksana Grigorieva in 2011. It was a messy relationship that ended up in court battle and it seems that Gibson finally settles with Ross after his traumatic experience.

Now, is Mel Gibson really tying the knot and live the rest of his life with his current partner? Gossip Cop went to investigate to find some answers and learned that there is no evidence that indicates the pair is settling down soon.

The publication also pointed out that the two are not even engaged yet up to now, so they couldn’t be planning a wedding. While it is possible that they could marry at some point in the future, it is definitely not happening any time soon.

It is clear that Mel Gibson and Rosalind Ross are happy being together, so there is a big chance that they will eventually tie the knot. However, there are still no plans right now.

Finally, the fact-checking site reached out to the actor’s rep for comments regarding the wedding claims. They were told that no one can predict what will happen so there is a possibility but as of the moment, the report is false.