Katie Holmes preparing Suri Cruise to be a Hollywood star; Actress allegedly waiting for the right time to launch her daughter’s career 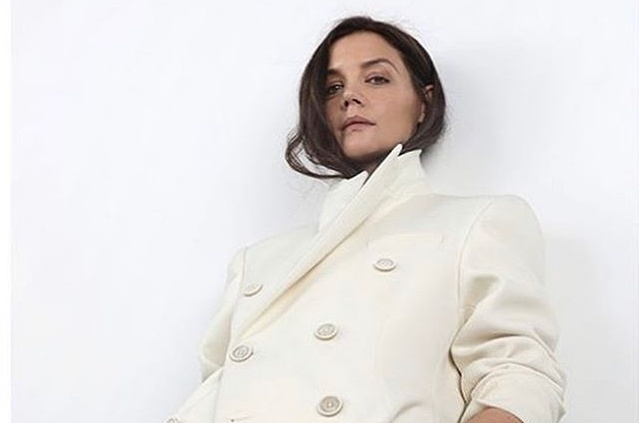 Katie Holmes is known to be very protective of her daughter Suri Cruise. In fact, she rarely posts her photos on social media, and is she does; she makes sure not to show her child’s face.

But then, it appears that the “Dawson’s Creek” star has plans and keeping her daughter away from the public eye today may actually be very favorable once her plans are set in motion. It was said that she is actually grooming Suri to be a Hollywood star!

The National Enquirer reported that Katie Holmes is preparing herself to become a stage mom of a future Hollywood star. She is said to be very convinced that her teenage daughter has a lot of talents and has the natural DNA to become a big star.

“Suri has so much talent!” the tipster told the magazine (quoting Holmes). “She’s had offers coming in nonstop since she was around eight or nine,”

The insider also said that because Katie Holmes debuted in the entertainment industry at the age of 18, she thinks that now is the right time to introduce Suri to Hollywood. It was suggested that the 41-year-old actress wants her daughter with Tom Cruise to follow their footsteps and become an actress.

“Suri has already gotten acting training and Katie believes she’s shown an amazing aptitude for the craft,” the source allegedly said. “Katie just needs to manage Suri’s schedule around her schoolwork, but she believes her daughter is ready to make a splash right.”

Now, since she is preparing for Suri’s debut, it was said that Katie Holmes clarified that she does not want her ex-husband’s help. Rather, she wants Suri to be away from him because of his Scientology beliefs.

The story may sound absurd to some while others may be convinced that it is true. Thus, to reveal the truth, Gossip Cop went directly to Katie Holmes’ representative to ask for comments. The publication was told that the National Enquirer report about the actress “grooming” Suri to become an actress is simply ridiculous.