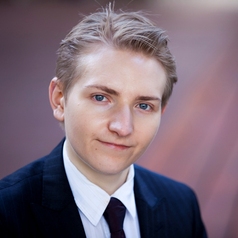 Westpac can expect a bumper turnout of shareholders at its annual general meeting in Sydney on Thursday, many of them angry at its alleged role in facilitating child exploitation in the Philippines, its 23 million alleged breaches of anti-money-laundering laws, and its initial ritualistic response to the allegations.

Some of those shareholders will be clutching the bank’s 154-page financial statement. They’ll need to understand it to ask questions about Westpac’s financial performance.

Back at the start of the 2000s, Westpac’s financial statement was only 35 pages 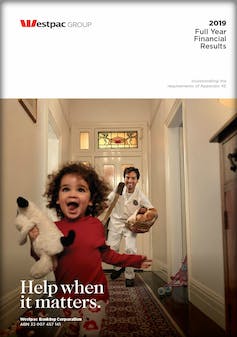 ‘Help when it matters’. Westpac's 154 page statement of financial results.

Much of what’s been added to statements such as Westpac’s has been in response to the threat of litigation. Companies making false or misleading disclosures risk class actions. It’s safer to include more rather than less, even if it makes the total hard to navigate.

Australia has just had its first class action judgement, after earlier cases that had been settled out of court. The United States has had many.

My own research with colleagues in the United States finds that caution in the face of the threat of litigation has made financial reports increasingly less readable over time.

Firms can be sued for making misleading disclosures. This happens most often where shareholders allege that the firm failed to disclose all relevant information, or where it has failed to meet projections.

After such class actions, firms can face increasing difficulties with customers, suppliers and lenders, being seen as less credible. Managers face pay cuts and termination.

One way to head off such class actions is to make disclosures more detailed.

Increasing detail enables firms to add caveats, footnotes and nuance, conveying uncertainty – the consequence of which is that their reports are less clear.

How we teased out the link 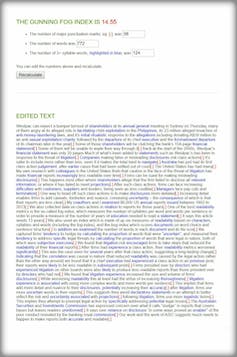 The Gunning Fog Index for this article

We also collected data on class actions in relation to reports for those years.

One of the best readability metrics is the so-called fog index, which measures the number of syllables per word and words per sentence in order to provide a measure of the number of years of education needed to read a statement.

It says this article needs the best part of 15 years.

We also used other indexes including the so-called bog index which scores documents on word choice and sentence structure.

We found litigation risk encouraged firms to take steps that reduced the readability of their financial reports.

After firms had experienced a class action, their readability metrics worsened significantly. This was even the case several years after that class action, suggesting a long-lasting change.

We found if a chief executive had experienced a class action at one job, their reports were likely to be less readable in subsequent jobs, strongly suggesting that litigation drove hard to read reports rather than the other way round.

The Australian Securities and Investments Commission (ASIC) has expressed concern over what it calls “sludge” in reports that covers bases but leaves readers uninformed.

It says over-reliance on disclosure “in some ways proved an enabler” of the poor conduct revealed by the banking royal commission.

Our work and the work of ASIC suggests much needs to happen to make reports both accurate and readable.