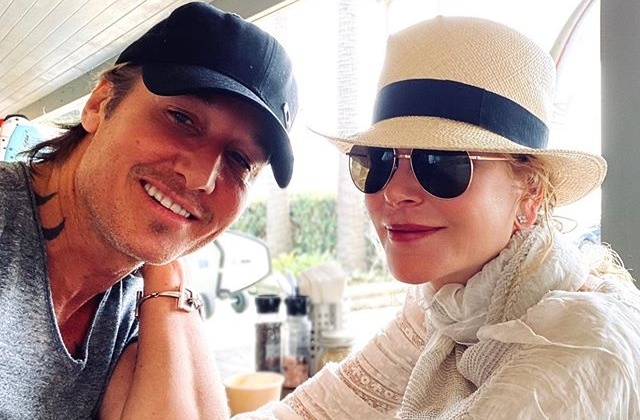 Keith Urban and Nicole Kidman are said to be heading to splitsville after their marriage crumbled while in quarantine in the land Down Under. It was reported that the country singer headed straight to Nashville after leaving his wife and kids.

Based on the story that appeared on Woman’s Day titled “Keith flees...without Nicole!” it was claimed that the 52-year-old singer left his wife and kids in Australia so he can attend the 10th anniversary of the iHeartRadio Music Festival. It was suggested that he did not invite his wife to this event and the actress was furious.

Nicole Kidman was said to be fuming mad because they just arrived in Australia and her husband Keith is hurrying up to leave her with their kids so he can head back to the U.S. for the event. A source said that this was a sudden plan that Keith decided on without consulting his wife so the actress felt blindsided.

“It has come to as a shock to her as she was under the impression they’d both be staying in Australia for the foreseeable future, especially given the girls have been enrolled in school,” the so-called source told the magazine. “Clearly Keith has something else in mind! It’s not like it’s easy to skip between countries with all this madness going on.”

What’s more, Keith Urban was said to be relying on the Australian government to let him go back to the U.S. since he can prove it is his home base and he has a career there. It was added that the singer is using his major gig as an excuse and way to go back to America. Nicole Kidman will surely not be able to stop him from leaving if he has these jobs to do.

“Nicole never thought he would commit to the iHeart show, given it’s so far down the track, but he can’t imagine spending months in Australia and not working on his music,” the insider went on to say.

With this issue, Nicole and Keith are said to be in deep marriage trouble. Perhaps, this may also cause them to break up.

Gossip Cop once again tried to uncover the truth behind this story. After checking, the publication confidently declared this to be a fabricated narrative.

This is because the whole story does not make sense and it was already proven through Nicole Kidman and Keith Urban’s social media posts that they are in love with each other up to now and seem inseparable. Besides, this is just one of the many stories that Woman’s Day wrote about Nicole and Keith and debunked by Gossip Cop.