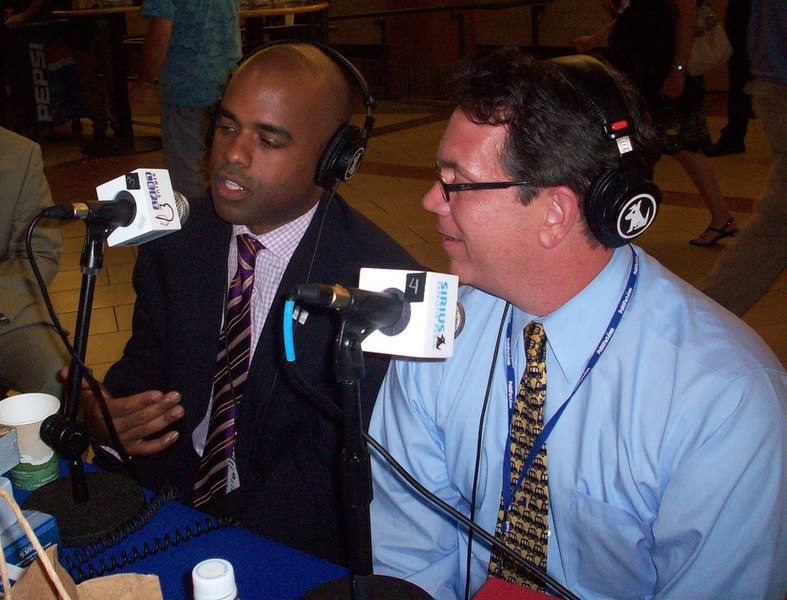 US Vice President Kamala Harris hired longtime Democratic operative Jamal Simmons to become her new communications director. Amidst his hiring, Simmons is now currently facing scrutiny from a congressional group over his past social media posts.

Lawmakers of the Congressional Hispanic Caucus are set to meet with Simmons to discuss his past social media posts in a video conference Thursday. The issue at hand was regarding his years-old posts on Twitter, calling for an “undocumented” immigrant to be deported from the country. The posts went back to 2010 and referenced an interview on MSNBC.

“Just saw 2 undocumented folks talking on MSNBC. One Law student the other a protester. Can someone explain why ICE is not picking them up?” Simmons tweeted at the time.

Simmons would later clarify the tweet, but with the same message. “I’ll try this again: Just saw 2 undocumented folks talking on MSNBC and have serious legal question. Why wouldn’t ICE pick them up?”

Democratic California Rep. Lou Correa told PEOPLE that he does not plan to attend the video conference with Simmons. Correa described the issue as “a bad situation.” Aside from being offensive, Correa said that the past tweets and the controversy Simmons is now in could hinder his ability to communicate with the immigrant community. Harris is leading the Biden administration’s diplomatic efforts to address the root causes of migration.

“President Biden made the commitment to bring us immigration reform,” said Correa. “And yet you have this member in the highest levels that has a predisposition on immigration.”

Simmons has since apologized for the past tweets and has even reached out to the “undocumented” immigrants that he referred to and apologized.

In other related news, Harris is set to travel to Honduras to attend the inauguration of its president-elect, Xiomara Castro, as part of her effort to address the root causes of migration. The visit by Harris also aims to strengthen relations between the two countries to curb corruption and migration while advancing economic growth.

This marks Harris’s second trip to the Northern Triangle of countries since being appointed to lead the efforts to address immigration following a surge of migrants at the US border.