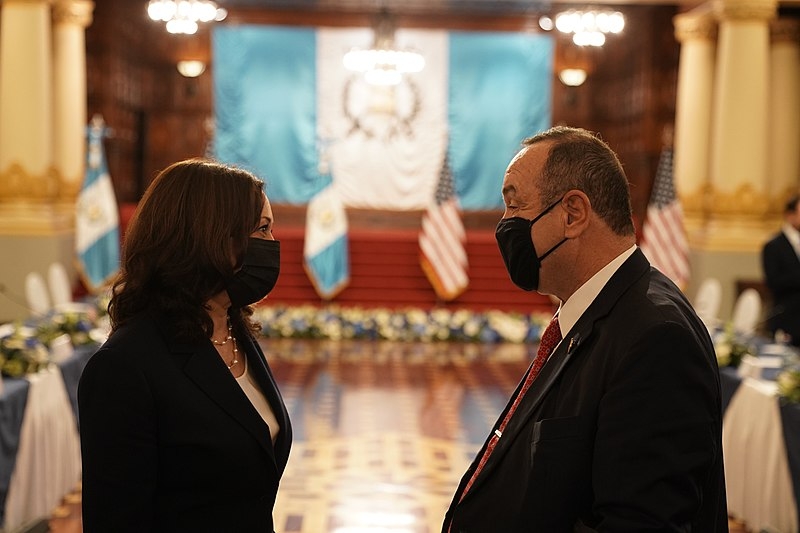 US Vice President Kamala Harris is leading the diplomatic efforts of the administration in addressing the root causes of migration. Harris recently spoke with Guatemalan President Alejandro Giammattei this week to reaffirm the US commitments.

In a readout of Harris’s call with Giammattei from the White House, Harris reiterated the Biden administration’s pledge to work with Guatemala on several key issues aside from the root causes of migration such as trafficking, corruption, and economic development. They also discussed efforts to deter human trafficking networks such as the Human Smuggling and Trafficking Task Force that Harris announced during her visit to Guatemala back in June 2021.

Harris also stressed the importance of holding accountable the corrupt, “highlighting that corruption erodes public trust and undermines effective accountable governance.” Harris also updated Giammattei on the efforts by the US government to bring forward economic growth through the Call to Action she launched in May 2021. So far, the Call to Action that Harris launched has brought in more than $1.2 billion in investments from the private sector to the region.

Aside from leading the Biden administration’s diplomatic efforts in addressing the root causes of migration, Harris is also leading the administration in the major issue of voting rights. Harris joined President Joe Biden in Atlanta, Georgia this week to make another case for Congress to pass voting rights legislation. Biden and Harris were seen laying a wreath on the crypt of civil rights leader Martin Luther King Jr. and toured the historic Ebenezer Baptist Church.

Ahead of the wreath-laying ceremony, Biden and Harris privately met with the civil rights leader’s children, Dr. Bernice King and Martin Luther King III. During their visit to the state, Biden and Harris were also joined by Atlanta Mayor Keisha Lance Bottoms and Democratic Senators Jon Ossoff and Raphael Warnock, who also previously served as a co-pastor at Ebenezer Baptist church.

Biden and Harris’s speeches stressed the importance of passing voting rights laws in light of the ongoing GOP-led efforts to enact restrictive voting and election laws. White House Press Secretary Jen Psaki said that Atlanta was a significant backdrop for their remarks as Georgia is one of 19 states to pass such restrictive voting laws.