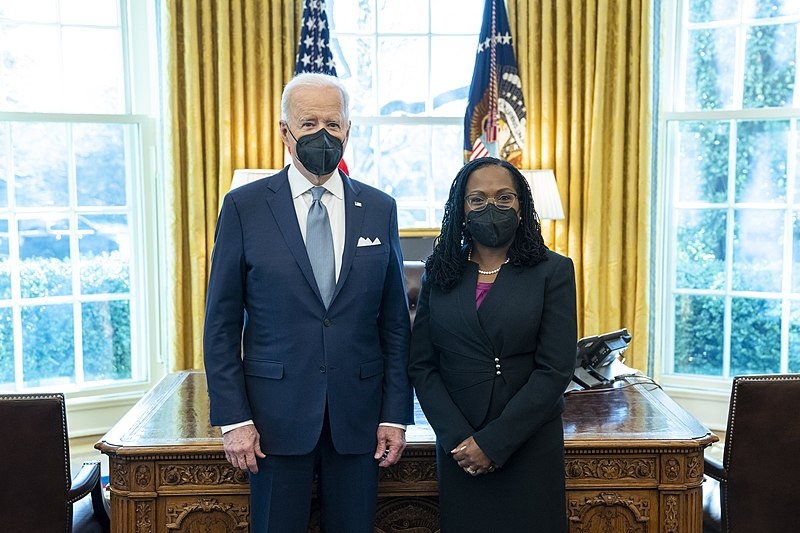 After weeks of speculation, US President Joe Biden has finally unveiled his nominee for the Supreme Court. Biden has nominated federal judge Ketanji Brown Jackson to succeed Stephen Breyer in the high court.

Biden nominated federal judge Ketanji Brown Jackson to the Supreme Court Friday last week at an event at the White House. Jackson would become the first Black woman to become a Supreme Court justice once confirmed by the Senate.

The US leader met with Jackson for her Supreme Court interview earlier this month in a secret meeting, according to an administration official. Jackson received and accepted Biden’s nomination Thursday night last week and attended the DC Circuit court hearings Friday morning.

“For too long our government, our courts haven’t looked like America,” said Biden in his remarks introducing Jackson. “I believe it’s time that we have a court that reflects the full talents and greatness of our nation with a nominee of extraordinary qualifications, and that we inspire all young people to believe that they can one day serve their country at the highest level.”

The White House initially considered delaying the announcement due to the ongoing invasion in Ukraine. However, according to an administration official, the White House believed it was important to get to the second phase of the confirmation process.

Jackson’s nomination, while historic, will not change the ideological makeup of the Supreme Court as conservative justices hold the majority. Jackson will succeed Breyer, who has looked to retire this year provided that his replacement has already been chosen and confirmed by the Senate.

In other related news, Biden signed an order authorizing up to $600 million in military assistance to Ukraine. The US leader instructed Secretary of State Antony Blinken to release $350 million worth of “defense articles and services of the Department of Defense and military education training” as stipulated under the Foreign Assistance Act of 1961. The remaining $250 million would be reserved for overall assistance.

The order reportedly came after Ukrainian President Volodymyr Zelenskyy turned down the US’ offer to be evacuated from the country in the midst of the invasion by Russian forces.