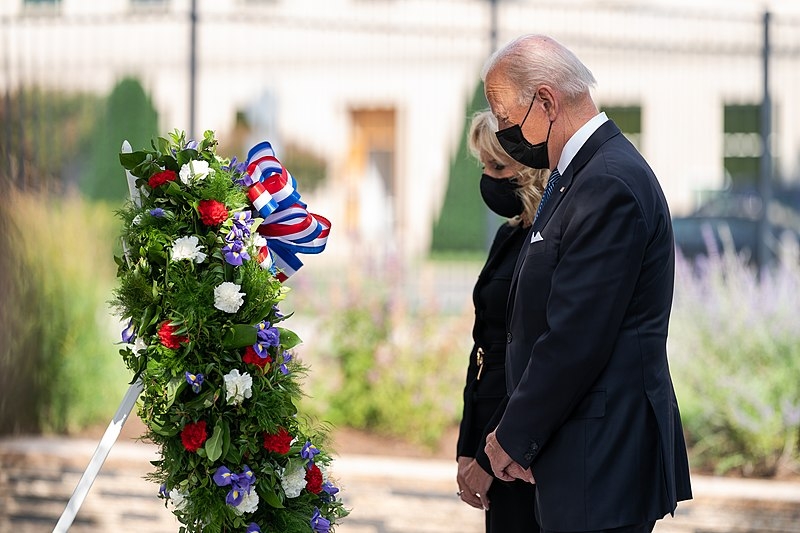 Over the weekend, the US observed the 20th anniversary of the 9/11 terrorist attacks that led to around 3,000 people getting killed. US President Joe Biden paid tribute to the victims and made another call for unity.

Biden visited the three landmarks of the 9/11 attacks to pay his respects to the victims and ordered the FBI ahead of his visits to declassify documents related to the investigation into the attacks. Biden’s predecessors, except disgraced former President Donald Trump, also joined in on paying tributes to the victims and remembering the events at Ground Zero in New York.

The US leader met with the families of the 9/11 victims in the Flight 93 site in Shanksville, Pennsylvania and along with first lady Dr. Jill Biden, took a moment of silence to remember the lives that were lost. During his visit, Biden praised the speech made by former President George W. Bush, who was Commander-in-Chief during the time of the attacks.

“Everyone says, ‘Biden, why do you keep insisting on trying to bring the country together?’” the US leader told the press at the time. “That’s the thing that’s going to affect our well-being more than anything else.”

“Are we going to, in the next four, five, six, 10 years, demonstrate that democracies can work or not?” Biden added.

Instead of making formal remarks to honor the day, Biden delivered a recorded address last week about the anniversary. Like his predecessors who spoke, as well as Vice President Kamala Harris, Biden said that the main lesson from the September 11 attacks was that the country’s strength was in its unity.

In other news, Biden will be meeting with another world leader this month as UK Prime Minister Boris Johnson will be visiting the US in the hopes of reestablishing relations between the two countries. Johnson’s meeting with Biden will be part of his four-day visit to the US for the United Nations General Assembly that will take place in New York on September 21. This would be the second in-person meeting taking place between the two leaders following the G7 Summit.