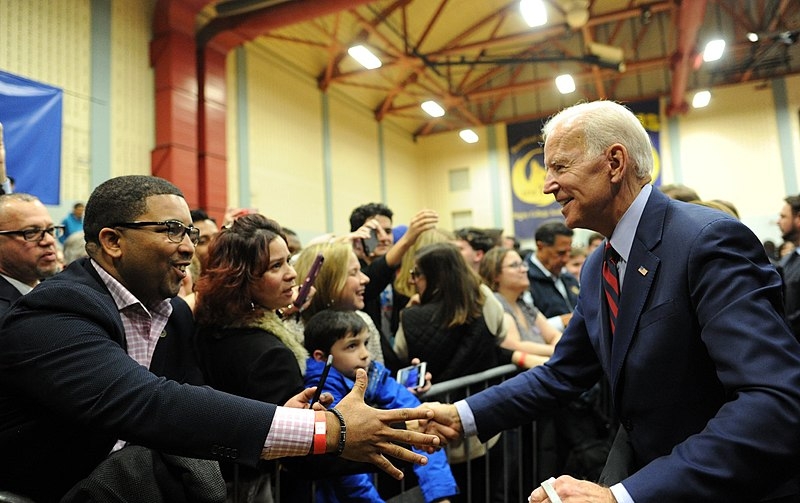 Having secured the number of delegates needed and being the only Democratic presidential candidate left, it is safe to say that Joe Biden is officially the Democratic nominee. Officials have revealed that the former vice president will formally accept the nomination at the convention in Milwaukee.

CNN reports that the Democratic National Convention will be taking place in Milwaukee, with the former vice president confirming his attendance as well as formally accepting the nomination. The DNC is currently in its last stages of planning, with officials working around the pandemic that continues to affect many Americans in the country. Because the convention will be largely virtual given the current crisis, the organizers are doubling down on efforts with the goal of bringing forth hours of airtime under major television networks.

Aside from the mostly virtual convention, the DNC is planning on holding some smaller events in cities in battleground states that have yet to be determined due to the increasing cases of the coronavirus. The Biden campaign has already tapped two senior advisers to participate the former vice president’s preparations for the convention; Addisu Demissie, who managed Senator Cory Booker’s campaign will be coordinating with the convention, and Lindsay Hoist, who was Biden’s digital director during his two terms as vice president will be the person-in-charge of the digital component.

DNC Chairman Tom Perez has stated that while the convention will push through, they will make sure to comply with public health guidelines and noted that the team behind the planning is flexible enough to do what is required.

The Biden campaign is also stepping up its efforts to promote the former vice president by launching an ad blitz worth $15 million in battleground states through tv and digital advertisements. A national cable component with Fox News is also included in this ad blitz.

On Friday, the Biden campaign will also make an investment of six figures in African-American media mediums, from tv to radio to print as well as targeted programming in the said battleground states in time for the Juneteenth holiday.

The ad blitz comes as the campaign, in partnership with the DNC and the joint fundraising committee, were able to haul in three times the amount of funds over the past month.