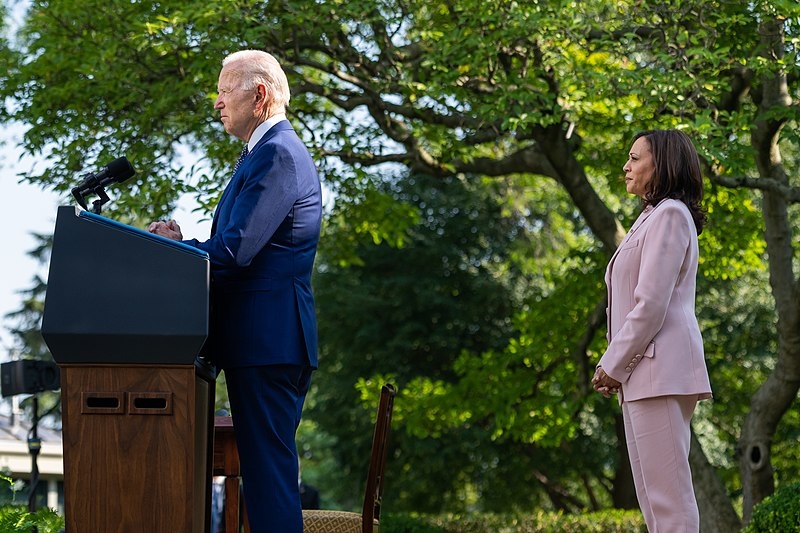 This week, US President Joe Biden is looking to reach a deal amongst lawmakers of his own party over the bill that makes up the bulk of his economic agenda. Biden met with both progressive and centrist Democrats this week to oversee further negotiations.

Biden met with the two factions of the Democratic Party Tuesday at the White House in the hopes of getting to a deal regarding the proposal that would be passed by party lines. Later on in the day, progress was apparently made towards the bill. White House Press Secretary Jen Psaki released a statement Tuesday evening saying that the talks between Biden and Democratic lawmakers were “constructive.”

“The president is more confident this evening about the path forward,” said Psaki in the statement. Psaki added that the talks were “focused around a shared commitment to the care economy, ensuring working families have more breathing room, addressing the climate crisis, and investing in industries of the future.”

The meetings with both factions Tuesday come as lawmakers look to unite the party in order to pass the bill alongside the bipartisan infrastructure proposal that has already passed the Senate. The result of the discussions would also determine whether the bipartisan infrastructure proposal could also pass the House in time for Biden to sign the bill into law.

Both Senate Majority Leader Chuck Schumer and House Speaker Nancy Pelosi have said that they hope both bills are passed by the end of October.

Biden will continue to shore up public support of both bills as he visits Scranton, Pennsylvania this week to promote the proposals. The US leader has said that he is open to cutting down the timeline where the proposals would be applicable in order to have a smaller proposal rather than cut out programs entirely. The original $3.5 trillion bill would be spaced out in a span of 10 years.