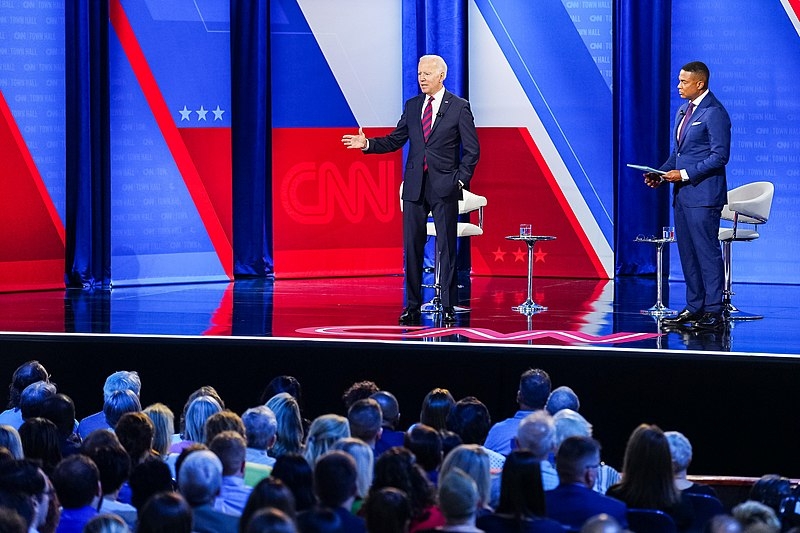 A spokesperson for CNN said that the event is invitation-only, and the network will be abiding by the local and state COVID-19 protocols to ensure everyone’s safety. The location of the town hall event has yet to be determined.

The town hall event also comes at an important time for Biden’s administration. The US leader has been promoting his administration’s infrastructure proposals. Biden has also been meeting with lawmakers to oversee negotiations over both proposals that make up the bulk of his entire domestic agenda -- the $1.2 trillion bipartisan infrastructure bill that has already passed the Senate and the Democratic-led $3.5 trillion social infrastructure and jobs bill that has been debated on by two factions of the party.

The drawn-out negotiations over the sweeping social safety net are expected to still take place by the upcoming November elections that would take place a few weeks from now. While there is confidence among the Democrats that both bills would pass Congress, the chances of the passage of both bills to pass before November are becoming slimmer by the day.

Biden is also grappling with taking action in preserving democracy not only within the country but also around the world. Foreign Policy reports that invitations to Biden’s democracy summit are set to be given out this week to several world leaders, including world leaders from countries that have not been so democratic. This includes countries such as the Philippines, Poland, and Mexico, according to the outlet.

Biden had pledged to hold a democracy summit in order to create a counterbalance from authoritarian states such as Russia and China. Over 100 leaders are expected to take part in the upcoming conference that will take place virtually from December 9 to December 10.