Ivanka Trump told not to return to NY after leaving the White House; First Daughter and Jared Kushner are not welcome: Report 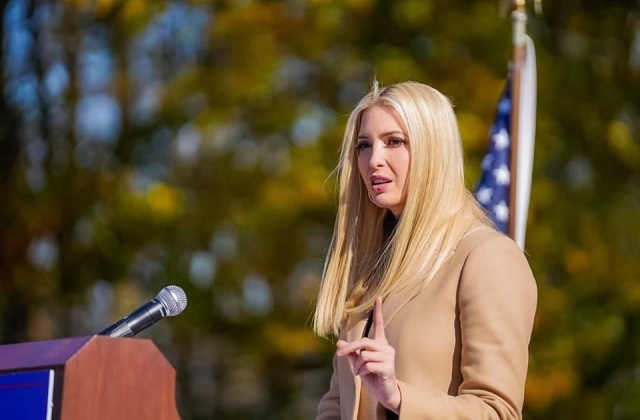 Ivanka Trump and Jared Kushner were told not to return to New York where they originally reside prior to Donald Trump’s win in the presidential election in 2016. It was reported that analysts predicted the couple is no longer welcome in the city after they abandoned the city for Washington.

Why Ivanka is not welcome in NY anymore

This was made even worst when Donald Trump identified New York as an anarchist jurisdiction. He also threatened to stop sending federal funds and the COVID-19 vaccine at the height of his conflict with the state’s governor, Andrew Cuomo.

Ivanka Trump did not do anything about this and just went with the POTUS’ decisions. This is the main reason why the New Yorkers are rejecting the idea of her and her family moving back in once they step down from their duties at the White House in January 2021.

What’s more, people are pointing out that both Ivanka and her husband are senior advisers of Donald Trump and yet, they did nothing for New York when their family was still in power. As per Express, the analysts stated that the 39-year-old businesswoman and the POTUS’ eldest daughter was seen as a “moderating force” on her president father but she did not stop him from threatening the city she once lived.

Prior to Donald Trump’s win in 2016, Ivanka Trump and Jared Kushner were one of the most well-known socialites in New York. It was said that they are frequent guests at the Met Gala fashion shows and events where tickets are sold at $35,000 each.

In response, Ivanka Trump slammed the report via tweet. She said that these probes are being carried out to take her father down.

“This is harassment pure and simple. This ‘inquiry’ by NYC democrats is 100% motivated by politics, publicity and rage,” Ivanka wrote after reposting the report from the New York Times. “They know very well that there’s nothing here and that there was no tax benefit whatsoever. These politicians are simply ruthless.”