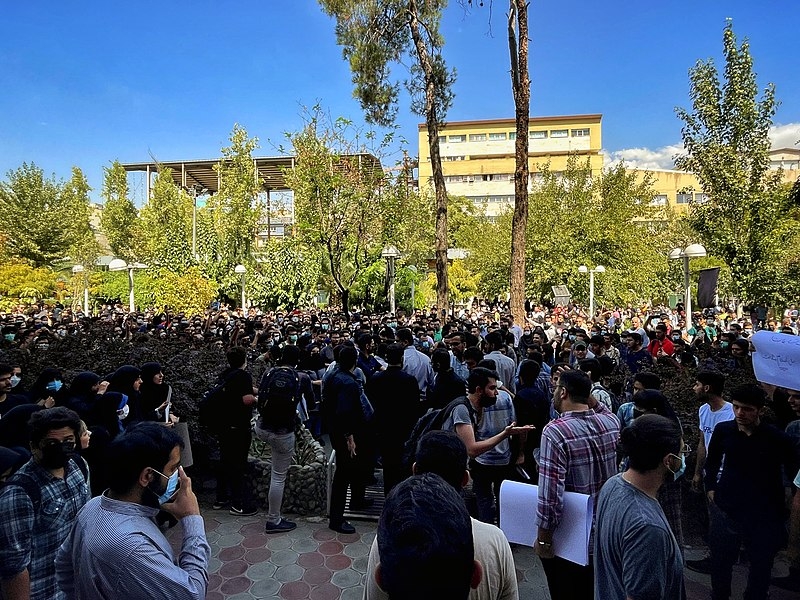 The death of 22-year-old Mahsa Amini in the custody of Iran’s Morality Police has sparked widespread unrest in the country, which has escalated into violence. Iranian President Ebrahim Raisi warned against the violence as the country’s Revolutionary Guards have also issued warnings over the unrest.

Speaking on the sidelines of the United Nations General Assembly this week, Raisi condemned the unrest that has been taking place in the midst of the ongoing protests over the death of Amini.

Raisi added that he has ordered an investigation into the circumstances of Amini’s death in the custody of the Morality Police, who arrested the 22-year-old for “unsuitable attire.”

“There is freedom of expression in Iran…but acts of chaos are unacceptable,” said Raisi.

Raisi also touched on the widespread coverage of Amini’s death, saying that this was a result of double standards.

“Every day in different countries, including the United States, we see men and women dying in police encounters, but there is no sensitivity about the cause and dealing with this violence,” said Raisi.

The Revolutionary Guards also issued warnings of their own, calling on Iran’s judiciary to prosecute “those who spread false news and rumors” in an attempt to downplay the protests going on across the country, including in the capital Tehran. The Guards also extended their sympathies to Amini’s family.

Iran’s intelligence ministry also attempted to break the momentum of the protests by threatening that those who took part in the demonstrations would face prosecution, according to Iranian news outlets.

Amini’s death in the custody of the Morality Police has reignited outrage over the restrictions on personal freedoms in Iran, such as strict dress codes for women. The clerical leaders in the country fear a revival of the bloodiest 2019 protests that started over gas prices.

The watchdog also reported internet outages taking place on Iran’s main mobile phone provider and the network of another company.