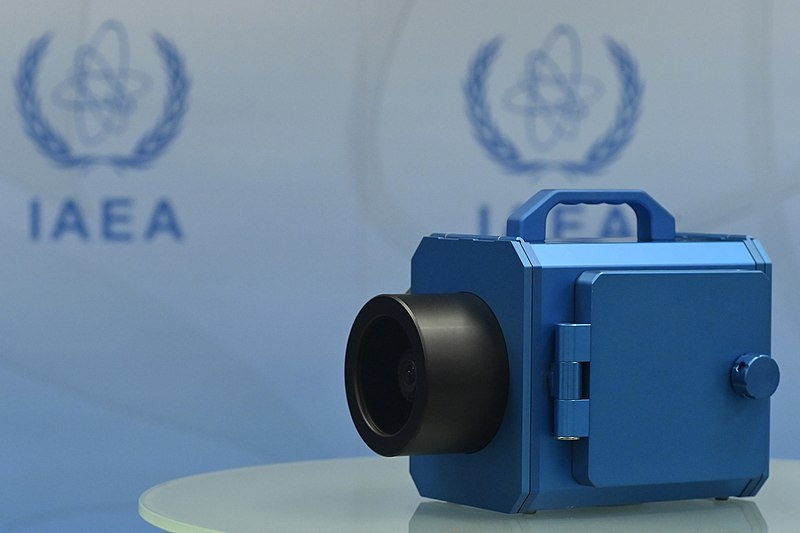 Rafael Grossi, the director general of the International Atomic Energy Agency, said Monday that talks have restarted with Iran over the outstanding issue of particles found at Iran’s nuclear sites that Tehran has yet to explain. While talks have restarted over the issue, both sides maintained their public stances.

Grossi met with Iran’s nuclear chief Mohammad Eslami in Vienna on the same day, following the General Conference of the IAEA, where they both delivered remarks. No details were revealed about the talks or indicated a possible visit by Grossi to Tehran.

The IAEA has maintained that Iran’s response to the nuclear particles in its nuclear sites was not sufficient. Tehran, however, demanded that the safeguards probe be closed before Iran, and other world powers can reach an agreement to restart the 2015 nuclear deal or the Joint Comprehensive Plan of Action.

“I would like to clarify that there are no undeclared activities or nuclear particles in Iran, and all allegations are strictly based on fabricated and false information by the occupying regime of Israel,” said Eslami.

“The Islamic Republic of Iran truly expects the agency to carry out its reporting, monitoring, and verification in a more professional, unbiased, and independent manner.”

Grossi reiterated that the IAEA’s monitoring capabilities were hampered by Tehran in response to the United States’ withdrawal from the agreement in 2018 under Donald Trump. The attacks on Iran’s nuclear sites were believed to be carried out by Israel.

Iran is currently experiencing civil unrest in the ongoing protests following the death of 22-year-old Mahsa Amini in the custody of Iran’s Morality Police for enforcing the restrictive dress code.

Iranian President Ebrahim Raisi pledged Saturday to deal with the protests “decisively” as demonstrations continue, with women playing a major part by burning their hijabs and publicly cutting their hair.

Security forces engaged in a brutal crackdown that saw 41 people killed, according to state media at the time.