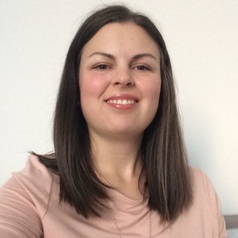 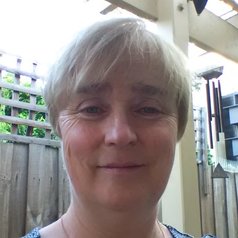 Children’s living environments in Australian capital cities have changed significantly in the past ten years. This is particularly the case for the growing numbers of families raising children in private, inner-city, high-rise housing. Our study of one such area shows families rely heavily on their neighbourhoods to meet their children’s needs and make up for a lack of space in the home. Many saw access to green, natural spaces as vital.

Families represent half of all Australian apartment dwellers, and nearly half of them have children, according to 2016 Australian Census data. The number of families living in apartments increased by 56% between the 2011 and 2016 censuses. Despite its growing popularity, there is evidence this type of housing is not meeting the needs of Australian families.

The City of Yarra is a Victorian municipality that has had a six-fold increase in the number of apartments over the past ten years. A household survey found residents in high-density areas of the municipality were less satisfied with their neighbourhood as a place to raise children.

In our recently published research, apartment-dwelling families described “living outside the house”. Unlike suburban families who could spend more time in their own homes, the families in this study depended on local environments due to the limited space within apartment complexes.

However, aspects of this environment were challenging. More needs to be done to support families raising children in these settings.

The use of Photovoice allowed us to “walk a mile in the shoes” of parents raising children in private, high-rise dwellings in Yarra. Parents were given up to three weeks to photograph aspects of apartment living and surrounding environments they saw as benefiting or challenging them when raising preschool children. The photographs were then discussed in individual interviews and a group session to help us explore their key experiences.

Access to green, natural spaces was non-negotiable for families in our study to counterbalance the confines of apartment-living. Several parents photographed the river environs. One parent explained its importance for her mental well-being this way:

If I was in our development and not close to these kinds of things I couldn’t live there, it just feels so vital, so important to me that because of how we live. I need nature, I need space, I need to be able to have that really accessible, otherwise it would make living how we’re living not doable at all. 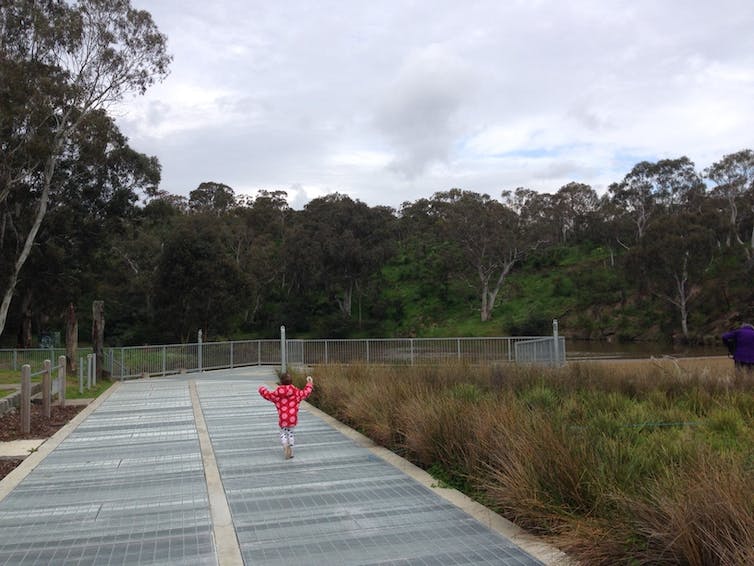 Our findings also revealed natural spaces supported children’s well-being. Ranging from play areas to learning spaces, places to take risks to sites to engage with animals, all of these are key for children’s health and development.

Unsurprisingly, public playgrounds were important for apartment-dwelling families. However, local cafes were equally noted as valuable places for families to gather.

If you go out for a coffee on Sunday morning you can see lots of kids playing around, running around … especially living in a place like this there’s no backyard or trampoline or anything like that, so this is what people do in this area, just go out with kids and let them run around a little bit.

Access to local schools and young children’s exposure to traffic, however, were two aspects of high-density living the families had to balance against the benefits of continuing to live and raise their children in these neighbourhoods.

Our finding that parents had difficulty accessing local schools and child care further supports the argument that private high-rise housing in Australian cities has been designed without considering children as residents.

Aligning with previous overseas studies, including from New Zealand and the Netherlands, young children’s exposure to traffic was a particular concern in our study. 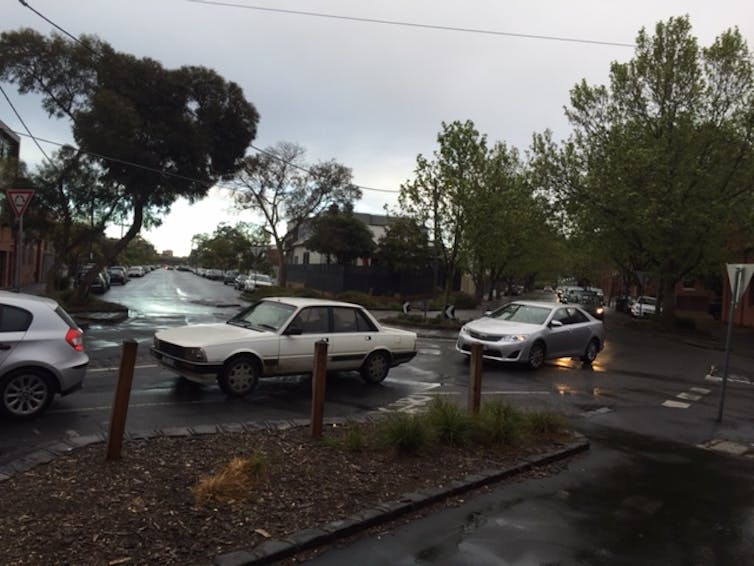 Families adapted by cycling along bike paths and using online shopping. Ultimately, though, they taught their children to adapt to their environment from a young age. As one parent put it, they have to “grow up quick (and) know how to look after themselves”.

How to improve neighbourhoods for families

Families wanted green spaces to be protected rather than overshadowed by increasing development. They argued that more local traffic calming measures were required. They also wanted child-care facilities and preschools to provide high-quality outdoor space to make up for the lack of outdoor space in apartment complexes.

Finally, they noted missed opportunities to provide more family-friendly spaces. For example, more cafes, restaurants and community spaces could be incorporated at the street level of large apartment complexes.

The implication for policy is state government apartment design guidelines need to go further to consider the environments surrounding apartment complexes. Implementing the recommendations from a checklist developed for child-friendly high-density housing in Western Sydney would be a good start.