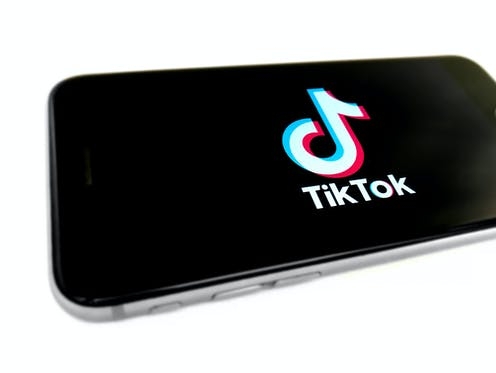 TikTok has enabled young protesters in Indonesia, Thailand and Myanmar to amplify their voices. Franck/Unsplash, CC BY 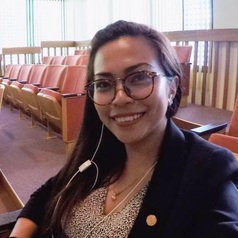 In Southeast Asia, TikTok has shown its potential as the next platform for political activism.

In Indonesia, young users strategically used TikTok to protest the controversial amendment of the labour law.

One viral TikTok video showing street protests in Semarang, Central Java, has gained 1.2 million likes and 8.6 million views. The video has also received over 11,000 comments and been shared over 14,000 times. Many of the comments showed support for the protesters, including from Malaysian TikTok users.

Similarly, in Thailand and Myanmar, TikTok has helped amplify young protesters’ voices. They call for democracy and demand the end of military dictatorships.

My latest case study in Indonesia, Thailand and Myanmar has concluded that TikTok has helped distribute political content and increase awareness among global TikTok users of what is happening in Southeast Asia.

I conducted my study from January 15 to February 15 by scraping data on TikTok. Using a snowball technique, I use straightforward keywords like “omnibuslaw”, “thaiprotest” and “myanmarprotest” to find videos related to these keywords. I manually scraped trending hashtags on highly viewed videos to identify other trending hashtags. 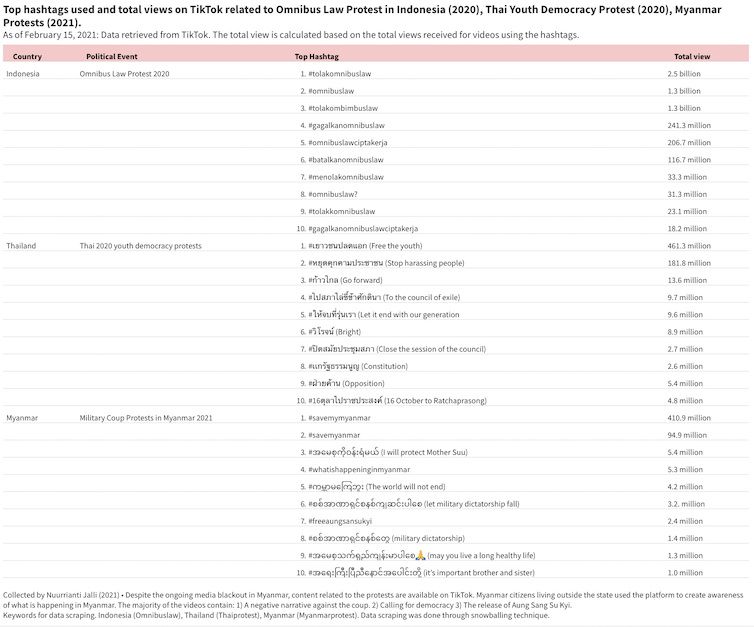 From my study, I found TikTok has a unique algorithm, which enables many views through its organic content promotion. This algorithm has allowed TikTok to become a tool for political activism.

The algorithm also allows for a wider audience range beyond Southeast Asia to engage with popular content with many interactions and likes on TikTok’s “for you page”, commonly known as fyp.

As a result, political content shared by Southeast Asian TikTokers attracted comments not only from users in the region but also other users, including from European countries and the Americas.

TikTok users’ fyp pages follow a unique “pattern” based on their viewing and liking trends on TikTok. This allows political content generated in Southeast Asia that made it to users’ fyp page to receive a greater number of views from TikTok users regardless of their geographical locations as long as the users had viewed or liked similar or related content in the past. 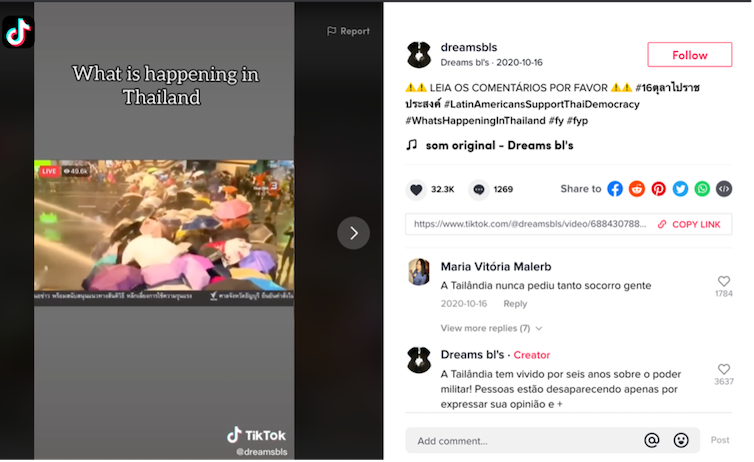 An example of how a protest video in Thailand shared by protesters was picked up by another content creator in Latin America. @dreamsbls via TikTok

I believe TikTok’s unique algorithm, which pushes content based on user interaction, preference and exploration on the app, contributed to higher viral traction than its competitors.

Popular among the young and old

Close to five years since its first launch in September 2016, TikTok has become one of the fastest-growing social media platforms. It had about 800 million users worldwide as of January 2020.

In Southeast Asia, the popularity of TikTok can be seen from the rapid increase in new users this year.

In a region with a population of about 658 million people, the application had been downloaded over 360 million times as of August 2020. TikTok is extremely popular among among Gen Z and millennials.

Older audiences have also started to join the app, including politicians and government ministries in Southeast Asia.

In Indonesia, the Ministry of Public Relations Bureau created a TikTok account in March 2019 with the same intent, reaching out to the youth.

As TikTok continues to gain popularity in Southeast Asia, scholars are becoming more interested in looking at the TikTok phenomenon and its impacts on the region’s political scene.

Myanmar TikToker @whoops.its.lilly, based in the UK, is using the platform to educate viewers on what is happening in Myanmar using the hashtag #savemymyanmar.

TikTok as the platform for political activism

Given its immense popularity and extensive usage in Southeast Asia, TikTok has proven itself as the current platform for political activism in the region, at least for the younger generations, especially among Gen Z.

The high potential of TikTok as a space for political conversations and activism can also be seen in other parts of the world. This includes the famous case involving Kpop stans versus then President Donald Trump in 2020.

The case indicates that, if used strategically, TikTok has great potential to boost grassroots political activism, not only in the US but even in regions where freedom of expression is limited.

Despite scepticism about the Chinese app soon after its global release in 2017, today TikTok has proven itself as the current social media powerhouse, not only for fun dancing videos but also for providing its global users’ with new space for political expression. Although, ironically, not for its own people in China.