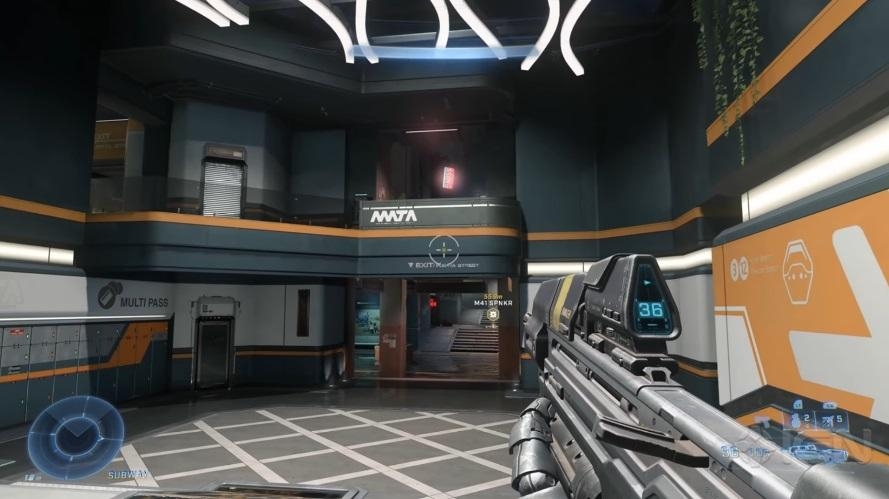 There is only a little more than a month left before the much-awaited "Halo Infinite" is released. But 343 Industries still have several game features to unveil. One of them, a new map called Streets, was revealed this week.

The new map was presented via IGN First, and developers confirmed it would be available for multiplayer games through the Arena mode. Streets is set in New Mombasa, the franchise's take on the Kenyan city, designed for 4v4 Arena games. In the video reveal, "Halo Infinite" lead multiplayer level designer Cayle George said the map would be one of the "medium to small" areas available in the game.

Developers have yet to release a full gameplay presentation to highlight the Streets map. But a brief walkthrough video should give fans an idea of how different it would be from the staple "Halo" maps in earlier games. Streets is an asymmetric map, which should set it apart in terms of layout from other fan-favorite maps.

Meanwhile, 343 also confirmed that Streets is not the only map that "Halo Infinite" fans have yet to see, including Big Team Battle (BTB) maps called Deadlock and High Power. The studio did not provide plenty of details about these features yet, but 343 said High Power started as a BTB test gym during the game's development.

Developers noted that test gyms rarely become an official in-game map. But they realized how fun it was to play the map during a playtest, and it eventually made into the yet-to-be-revealed High Power. It is unknown when High Power and Deadlock will be unveiled, but the report suggests 343 has a few more presentations throughout November, leading to the "Halo Infinite" launch on Dec. 8.

Streets, despite being a new map, should offer a new experience of the "Halo" location New Mombasa. And 343 is not closing its doors on the possibility of launching remake maps for "Halo Infinite." "I wouldn't say we would never do a remake, but again, we're doing a spiritual reboot, so we look at how we kind of put our own twist on it, but still make it feel like a little bit of a nostalgia trip when you kind of run through them," George said.