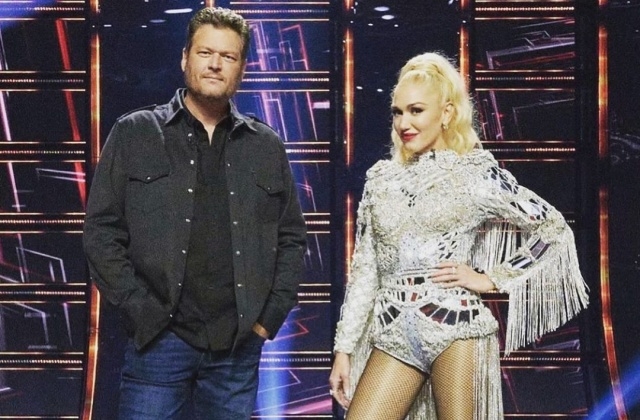 Gwen Stefani is allegedly waiting for Blake Shelton to propose and even after a long time, he is still clueless. In the end, the “Hollaback Girl” singer allegedly walked out on her beau.

The songstress was said to have exploded after shockingly admitting that she is upset. This led to Gwen Stefani and Blake Shelton’s conflict that was their biggest argument yet.

Gwen is allegedly fed up

In a report that was released by In Touch Weekly, it was claimed that Gwen Stefani is fed up and sick of waiting for Blake Shelton to propose. With her anger, in the end, she walked out on him.

“Blake and Gwen have been having some issues the main one being that she still doesn’t have a ring on her finger,” the insider told the magazine. “A huge argument erupted between the two after Blake penned a heartfelt message and posted it on Instagram for Gwen in honor of her 51st birthday.”

For Gwen Stefani, they have been dating for five years now and she thinks it is high time for Blake Shelton to pop up the question. However, she already turned 51 years old and he hasn’t proposed yet. The songstress opened up about how she felt and their argument turned really ugly in no time.

The insider revealed that Gwen Stefani just wants to know why her beau is hesitating. Why he is not proposing yet after all this time? She would like to know his reasons for not asking her to marry yet.

The songstress is now thinking that Blake Shelton may have no plans to marry her at all. The insider shared that the country singer was only being careful because he has been married twice already.

It will be his third marriage and he is sort of embarrassed too. But Gwen Stefani doesn’t get this reason so she stormed out of their home. “She was hurt and stomped out of the house and checked into a hotel that night,” the source added.

The truth of this rumored walkout

Gossip Cop is debunking this story because In Touch did not provide solid proof that Gwen Stefani and Blake Shelton had a huge fight over the proposal issue. Besides, the songstress herself said in the previous interview that they are not rushing things and happy with how they are today.

Gwen Stefani said that they already feel like family and if they would get married, they will when the right time comes. Thus, it is not true that she is making a fuss because Blake Shelton is not proposing to her yet.