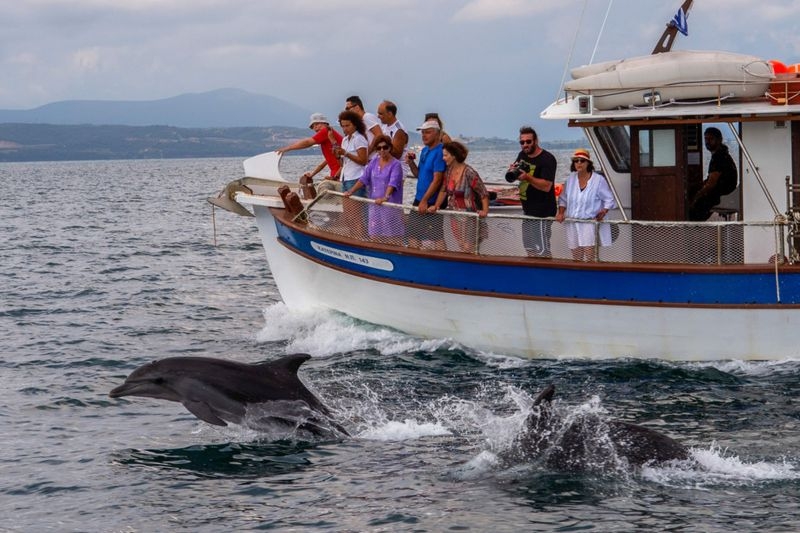 The pandemic opens up an opportunity for Preveza City, Greece, to promote alternative tourism, such as fishing and local life and culture related to the natural resources, says Constantin Koutsikopoulos, head of the managing agency for the Ambracian Gulf.

Inside the gulf, there is also a 400 square kilometer protected wetlands park, one of Europe's Natura 2000 wildlife diversity regions.

The gulf's lagoons and reed beds hosts around 150 dolphins, loggerhead sea turtles, and the rare Dalmatian pelican among 300 species of aquatic birds.

Ancient history buffs could also visit the ruins of Nicopolis, founded by Caesar Augustus in 31 BC after his naval victory nearby, where some Roman mosaics are still preserved.

While Preveza City has opted for a more family-oriented approach to promoting travel to the Ambracian Gulf region than better-known Greek destinations, it hasn't renounced more extensive Mediterranean holiday campaigns.

City officials have launched a promotional campaign to secure the safest place for a European beach holiday title from the European Best Destinations website.

Greece's gamble to reopen its borders to tourists in June appears to have paid off for now, with new coronavirus cases appearing only slowly.

The country has fewer than 6,000 cases and just over 200 deaths nationwide from the pandemic.