George Clooney, Amal Alamuddin divorce: Actor reportedly worried about breaking up with his wife as they have no prenup 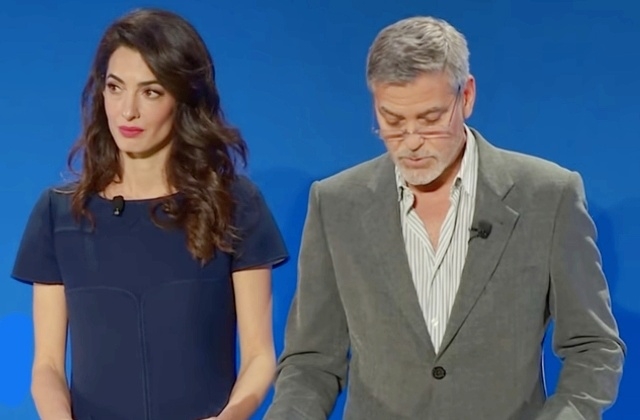 George Clooney and Amal Alamuddin are once again embroiled in a divorce rumor. This time, it was alleged that the “Batman” actor is worried because, in the event of the split from his barrister wife, she could be walking away with $500 million.

The huge sum will be a big loss for him and this is what George Clooney is afraid of when he and Amal Alamuddin divorce. He is allegedly really worried since this is like his entire savings from many years of hard work.

The divorce and why George is pulling his hair out

As per the report that was published on New Idea, the 59-year-old actor’s relationship with his wife is not good and divorce could actually take place any time soon. There are already rumors about their possible break up and these have been spreading like wildfire.

George Clooney is supposedly anxious because in case he and his wife actually separate, he will lose tons of money. This is because they did not sign any prenup arrangements prior to their marriage in 2014.

“If the rumors are true that they’re splitting, he’s facing serious financial problems and could lose half his fortune,” the source supposedly told the magazine. “He’s going to have to go back to work. He hasn’t had a hit movie in years, so if Amal walks out with half his fortune or more, and with his two kids, he’s going to have to start working on money-making projects only.”

It was added that on top of what George Clooney has to give Amal Alamuddin in case of divorce, he also needs to file the case in the U.K. This is because it was where they tied the knot, Amal’s British citizenship and their primary home is also in Sonning. The filing will cost a lot so it is another expense for him.

The truth about George and Amal’s marriage

Is George Clooney and Amal Alamuddin heading for splitsville? Gossip Cop dismissed the claims that the couple is breaking up as it has already contacted the couple’s reps a few times before and they have always refuted the rumors.

With that said, it is apparent that it is also not true that George Clooney is worried because he could lose $500 million if he and Amal split. There is nothing to worry about even if they have no prenup because their marriage is intact and the pair is living comfortably as husband and wife with their twins.