Fashion has changed a lot more than the tube since 1906. Wikipedia 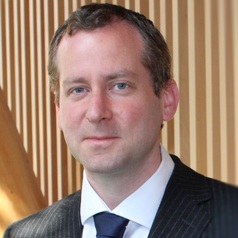 The London Underground opened in 1863, more than 150 years ago. A lot has changed since then but a lot of the gripes about travelling on the tube remain the same. A pretty standard list of current complaints includes: it’s too crowded, claustrophobic, noisy, dirty, hot and expensive. Has this become any better over the last century? Here’s my verdict, based on my research into the history of the underground.

Let’s start with what is most easily quantifiable: money. Most fares today are frozen at 2016 prices, but the history of London’s fares has seen some wild gyrations over a century. In 1981, for example, the “fares fair” policy cut all fares by 31%. They were then doubled in March 1982 before being reduced again in May 1983 by 23%.

The key issue when it comes to expense is how the cost of tube travel today compares to previous costs. Historically, as London Transport’s 1925 commuter mascot Mr Pennyfare proudly proclaimed, London transport’s core policy until after World War II was that a penny corresponded to a mile of travel.

Allowing for retail price inflation, 1925’s 1p is now 56p. At present a trip on the underground in zone one costs £2.40 and a one hour hop on bus fare costs £1.50. Roughly speaking, if a commuter’s tube journey is more than 4.5 miles or their bus journey is more than 2.5 miles then they’ve done better than their 1925 counterpart.

We also have to allow for being considerably better off than in 1925. UK wages have tripled since 1925 from around £7,000 to £21,000 in constant 2010 values. So the reality is that the average commuter has to pay a much smaller proportion of their wages to travel than in the past.

So, is any of the griping about cost justified? The answer is a qualified yes, but only if you compare it to public transport systems elsewhere. A one-year travel card in New York is £1,176, in Berlin it’s £841 and in Paris it is £712. This ranges from a third to a fifth of a comparable London travelcard.

Complaints about overcrowding are as old as the network. In 2018-19 there were nearly 1.4 billion journeys made through 270 stations. If numbers were evenly distributed, each station would see about 10.2m passengers passing through them over the course of a year.

By comparison, in the first year of fully unified underground railway operation (1934) there were 416m journeys through 186 stations, meaning roughly 4.4m passengers passed through each station. Naturally these averages conceal enormous variations and given that they do not account for changes while on an entire journey they are almost certainly an underestimate. However, as a rule of thumb about what it feels like to use the network, it’s a clear indicator. Escalators, travelators and faster journey times alleviate some of the crush, but it’s definitely got busier out there.

In terms of claustrophobia, we keep getting taller and fatter but tube trains have retained the same basic dimensions since the 1920s. The original tube ran in 3.1-metre tunnels. In the 1920s the last of these were widened to the current 3.56 metres. The chances of re-boring the entire network are nil, though happily the new Elizabeth Line is built to mainline specifications (6.2 metres).

There is no data on dirt levels on the tube. But we can trace the subjective perceptions that passengers had towards things like safety and crime. Transport for London (TfL), which manages the underground, devotes an entire section of its annual report to safety and security. Sections on safety and measures to tackle “hooliganism” appear for the first time in the early 1970s.

But it seems unlikely that crime did not exist on the underground before this point. Fears that tube travel mixed classes and genders, as well as the threat of terrorism, existed in the late 19th century. Researchers Barbara Schmuki and Colin Divall have examined how railway companies attempted to challenge these fears in the interwar period to encourage more female travellers.

Looking at all the annual reports from 1934 onwards, passenger experience is a section that gradually grows in prominence, squeezing out the pages devoted to engineering and research. The implication is that London transport has become increasingly sensitive to customer feelings.

The tube makes screeching sounds as wheels rub against rails when it goes around tight bends. There is a widely held view that the numerous sharp corners on the older parts of the system are there because the tube system follows the pattern of the streets above. Urban geographer and London transport specialist Nathan Darroch partly demolishes this idea. But some of the layout does owe its convoluted shape to the desire to avoid paying “wayleave charges” (a form of fine for trespassing under certain properties) when it was built. 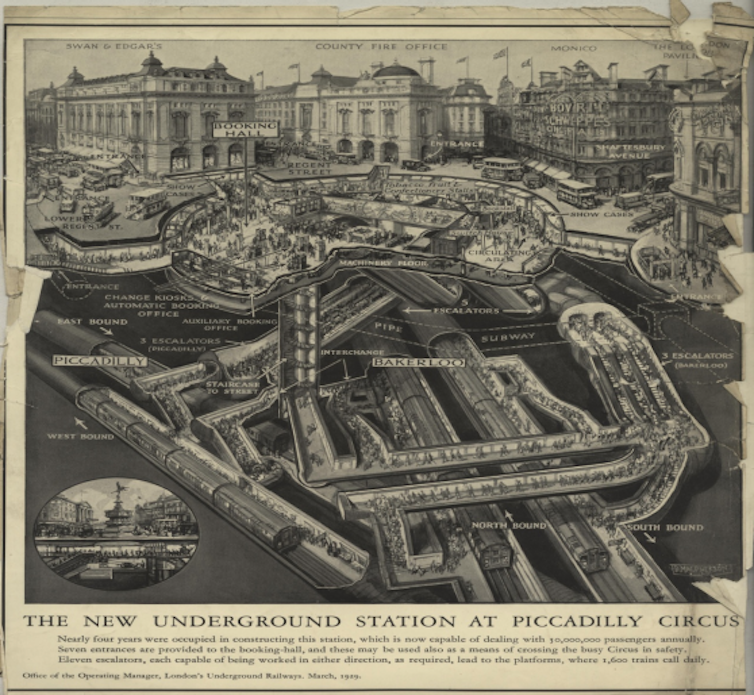 Whether this problem has got better or worse over the years is hard to judge. Average speeds have risen from 26km/h in 1919 to 33km/h today, though the resulting increase in noise has been compensated for by improvements in train design. In comparison to elsewhere, the Paris metro system uses rubber tyres on some lines to minimise noise.

Anecdotally, when the tube was first opened it was promoted as a cool refuge from the streets above. Temperatures would have matched the ambient temperatures of the earth surrounding the tunnels which was about 14℃.

Official data on temperatures is only available from 2013. This shows that while average peak temperatures have not risen, the minimums have from 16.4℃ in January 2013 to 19℃ in January 2018. This gives the feeling of a hotter system more of the time.

Over the decades the heat released from electric motors, the friction of train movement and train breaking systems has steadily cooked the clay soil around the tunnels, making it even less able to absorb heat. Add the problems of a general rise in background temperatures due to climate change and old tube lines constructed decades ago without the ventilation systems like those on new tubes like the Jubilee line, and you get an overall rise in temperatures. The modern tube is hotter than ever and likely to get more so.

Like claustrophobia and screeching wheels, long walks to change tube lines is a problem rooted in path dependency – the original tube designers made decisions that we are stuck with.

Over the decades London transport has tried to make things easier with more lifts, escalators and travelators. In 1934, the 186 stations had 127 lifts and 124 escalators. Today 200 of the 270 stations have step free access and there are 202 lifts, 451 escalators and four travelators. In many ways it is easier to get around than ever, but the fundamentals of station location cannot be easily changed.

So in terms of accessibility and cost the underground is an improvement on a century ago. But it is busier and hotter, and some historical decisions on scale and location cannot easily be resolved.