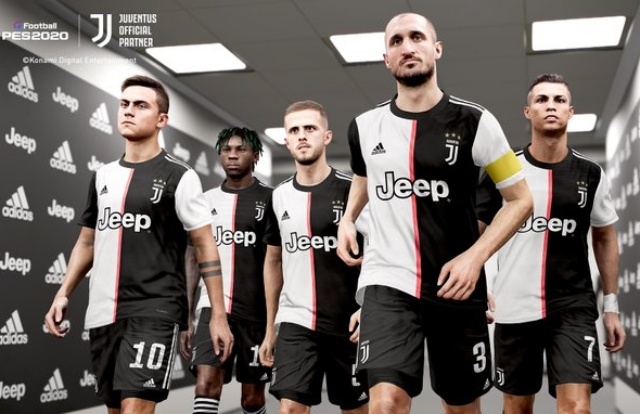 FIFA 20 lost Juventus as the latter signed an exclusive partnership deal with Konami and PES (Pro Evolution Soccer) 2020. With the agreement, the Series A champs will no longer be fully licensed in EA Sport’s FIFA 20.

“We are particularly proud of the partnership signed with Konami,” Giorgio Ricci, chief revenue officer in a statement. “This agreement sees two global football and entertainment icons, PES and Juventus partnering together for the next three years, and it will allow us to more easily identify with our younger fans, as well as increase our appeal to both sports fans and those of esports.”

Konami’s rights after sealing the deal

Via press release, it was also revealed that the partnership between Juventus FC and Konami would give the eFootball PES series developers the license for the exclusive use of Juventus in the football video games. This means that the gaming company can use the team’s name, official kits, and crest in the console games while FIFA 20 no longer have the rights to do the same.

The Japanese entertainment and gaming conglomerate will also be granted full access to the original players so that the development team can realistically recreate their characters and use them in the game. Juventus also confirmed its team up with PES 2020 on July 16 via social media.

FIFA 20 New name after the deal

FIFA 20 can no longer include Juventus FC in the game so to fill in the spot that they will leave behind, EA Sports devised a plan so that the eFootball game can still function with all the teams.

It simply changed the name of Juventus in its board and added the new club called Piemonte Calcio. The names of the Juventus players will also change along with its team name in FIFA 20.

For FIFA 20 players, from now on, they need to search for Piemonte Calcio if they would like to play the best players of Juventus like Cristiano Ronaldo and Aaron Ramsey. Along with the name change, the rebranded team will also have its own kit and badge that will be designed by EA Sports.