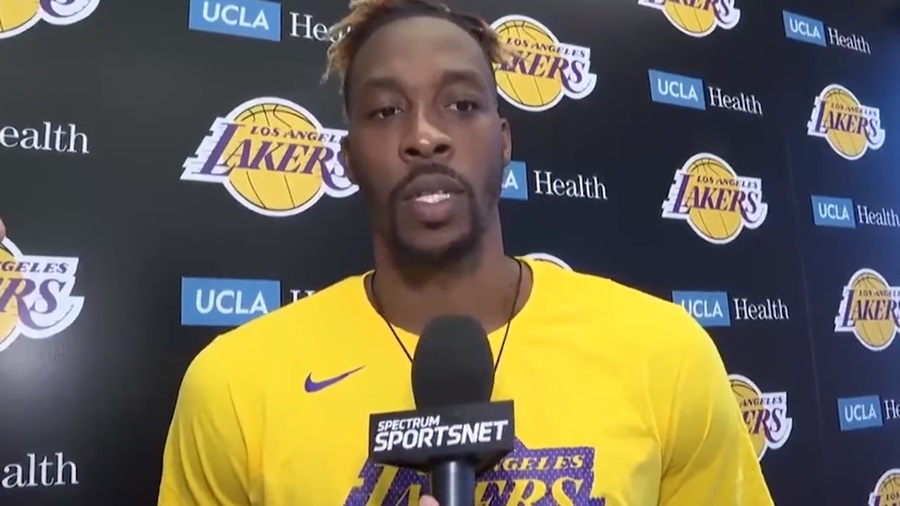 Photo via Screenshot of STAY/Youtube

Dwight Howard has a lot to prove right now, not just for the Lakers but for the league as a whole. The veteran’s career has been marred by a lot of issues ranging from clashing with his teammates – including Kobe Bryant – to injuries that affected his performance.

It’s for this reason that the Lakers are cautious about Dwight Howard and has reportedly given him an ultimatum to conduct himself well or else he’s going to get cut by the team. To ensure he stays in line, the Lakers have given him a contract that has zero salary protection.

For his part, Dwight Howard appears sincere that he’s going to be committing with the team and said that his goal right now is to bring another championship to the franchise. He also revealed that he’s looking to correct the mistakes he has done in the past and is trying to center himself through “reading and meditation exercises.

Anthony Davis has some influenced over Dwight Howard’s addition

It’s been reported that he had impressed the Lakers roster when he attended an individual workout session that took place recently. Among those who have taken well with Dwight Howard is Anthony Davis. In fact, it was Davis who supposedly push for the veteran’s addition as he isn’t keen about playing the five throughout the regular season.

The Lakers are hoping that Dwight Howard will shore up their defensive side as DeMarcus Cousins is indefinitely sidelined after tearing his ACL. He’s expected to come off the bench and play second fiddle for JaVale McGee, a role that he’s willing to embrace.

With regards to the recent shade thrown his way by Kobe and Shaquille O'Neal, Dwight Howard said that he has nothing but respect for both men. He added that his focus right now is to do what the Lakers need of him and is trying to ignore unnecessary noise that may distract him from his goal. So far, the 33-year-old appears to have found his balance after all, and it would be interesting to see how he’ll handle the pressure once the regular season starts.