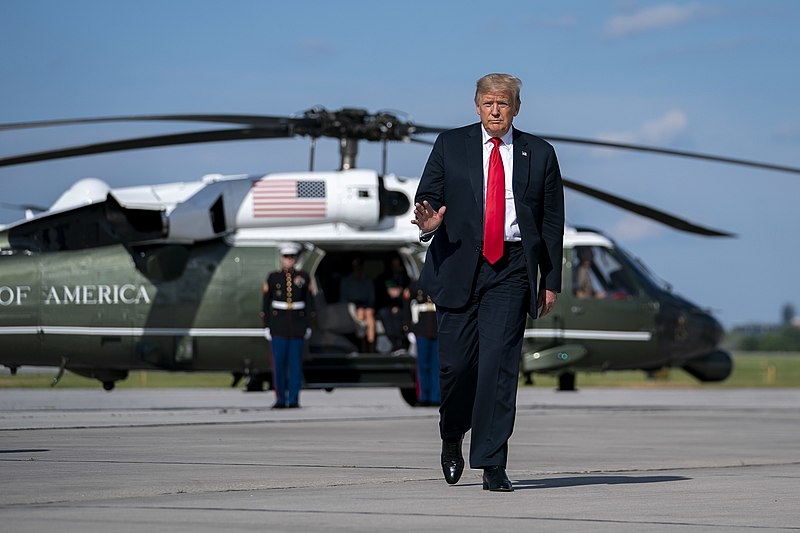 At a time of civil unrest in the United States over racial injustice, many are uniting to combat the systemized racism that has been prevalent in the country. However, President Donald Trump’s recent Twitter mishap has brought on more backlash to the administration following his retweeting of a racist video.

The Guardian reports that Trump retweeted, then deleted a video posted by a Trump supporter who was reportedly yelling “White power,” among an argument among residents of The Villages, which is a conservative community for retirees who are also predominantly white. The video featured a white man in a golf cart, spewing racist language at white anti-Trump protesters. “Thank you to the great people of The Villages. The Radical Left Do Nothing Democrats will Fall in the Fall. Corrupt Joe is shot. See you soon!!!” Trump wrote. The tweet was up for four hours until it was taken down.

The tweet has drawn a lot of backlash from both sides, including South Carolina Senator Tim Scott, who is the sole African-American Republican. Speaking at CNN’s State of the Union, Scott expressed his disappointment, saying that Trump should never have posted the said tweet.

White House Deputy Press Secretary Judd Deere claims Trump did not hear the supporter shouting “White Power” at the beginning of the video. However, Cody Keenan, who was a former speechwriter for former President Barack Obama took a jab at the administration, saying that this was all Trump’s tactic to get re-elected. “How ‘bout we just skip past the kabuki where White House staff emails reporters anonymously to say they had nothing to do with it, every senator pretends they haven’t seen it, and just accept that they’re all part of the Trump 2020 white power COVID rally until the end?” tweeted Keenan.

However, the backlash towards Trump did not stop there. Legendary rock band Rolling Stones has threatened to sue the president for using their songs at his rallies. The band released a statement over the weekend, saying that their legal team was working with the BMI to stop Trump and his campaign from using their songs at his rallies. BMI has already informed Trump and his campaign that unauthorized use of their songs will breach the licensing agreement.

Should Trump and his campaign continue to use their songs, they will be facing charges of playing music that has not been licensed to them. The Rolling Stones has previously expressed their displeasure when Trump used their songs during his 2016 campaign.