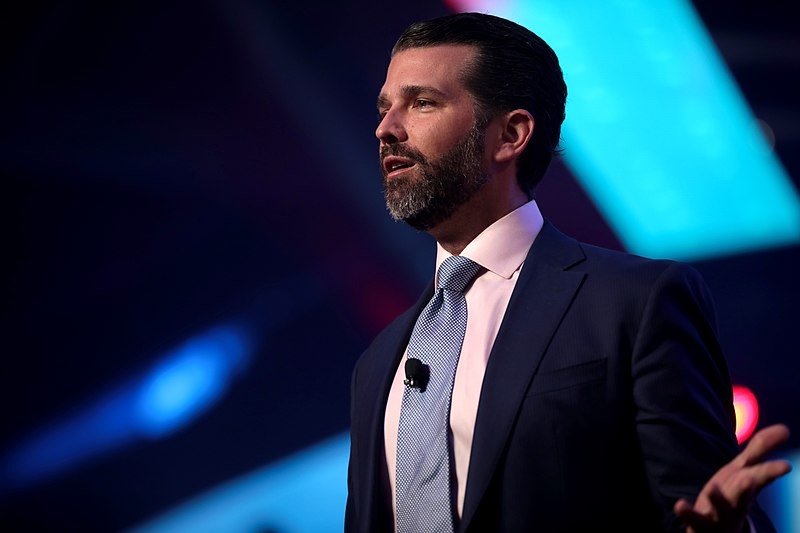 Reports in recent weeks regarding the ongoing probe by the congressional committee of the January 6 riots at the Capitol have implicated Donald Trump’s son Donald Trump Jr. According to a legal expert, the former president’s son’s testimony may help ramp up criminal referrals.

Speaking on the “Katie Phang Show” on MSNBC, Florida State Attorney David Aronberg said that no one should expect much regarding Trump Jr.’s testimony to the Jan. 6 committee. Aronberg explained that while Trump Jr. would be expected to invoke the 5th Amendment, his appearance may help ramp up possible criminal referrals.

“I think the good thing about this testimony is that it speeds along the investigation,” Aronberg explained. “They don’t have to go to a court to get it and this could ensure they come up with a report and even a referral to DOJ well before the midterm elections.”

When Phang pressed what the point would be in Trump Jr’s testimony to the committee if he is to invoke the 5th Amendment anyway, Aronberg cited the text messages Trump Jr. sent to Mark Meadows.

Aronberg stressed the need for the committee to call in Trump Jr. – someone who sent text messages to Meadows – to prove that the attempt to overturn the election and push the false election fraud claim was premeditated.

Aronberg noted that the messages were sent before the election was ultimately called for Joe Biden.

Trump Jr.’s testimony follows that of his fiance Kimberly Guilfoyle, brother-in-law and former White House adviser Jared Kushner, and sister Ivanka Trump, who have previously sat down with the congressional committee.

Text messages obtained by the January 6 committee reveal Trump Jr. sending Meadows suggestions on how they can overturn the 2020 election results to stay in power before the race was called for Biden. CNN reported at that time that Trump Jr. told Meadows that they had “operational control” to make sure his father got a second term in office.

The message reviewed by CNN revealed that Trump Jr’s suggestions involved subverting the Electoral College process. The plans Trump Jr. suggested were noted to be similar to the plans that his father and his allies attempted to carry out, such as the fake electors’ scheme, filing lawsuits to contest the election results in swing states.