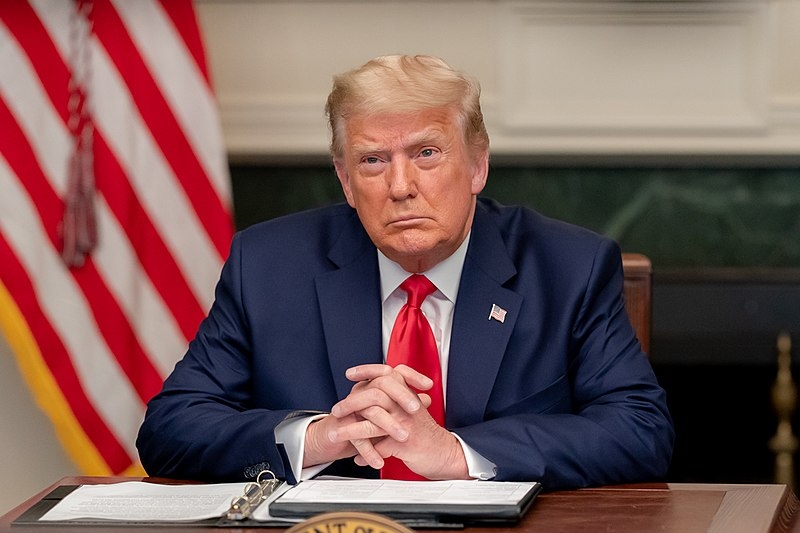 From what many have seen during the November elections, now-former President Donald Trump is known not to take losses very well. According to Trump’s niece Mary Trump, this is going to be why the former president will not be running again.

Speaking on MSNBC this week, Dr. Mary Trump shared her reaction to her uncle’s speech at the Conservative Political Action Conference last weekend, where the former president and his allies repeated their claims of election and voter fraud. During the conference, Trump continued to insist that he still won the election instead of President Joe Biden, despite his claims of fraud being widely debunked.

When it came to her uncle floating around the idea that he might run again for the presidency in 2024, Ms. Trump told host Mehdi Hassan that she doubts her uncle will actually run again. However, Ms. Trump noted that he would make a lot of money just by pretending or implying that he will run.

“I think he’s going to pretend to, for sure. Think about how much money he’s made off the Big Lie in the last few months,” said Dr. Trump, who is the daughter of Trump’s older brother Fred Trump Jr. “He’s made more money since President Biden won the election than I think he has in his entire life. So I don’t think he’s going to let that grift go anytime soon.”

20 days after the November elections, the Trump campaign and other Republican campaigns supporting Trump hauled in $207.5 million. Dr. Trump noted that the bigger issue at hand is the Republican party, saying that the GOP appears keen to make sure the former president is “legitimate.”

In what was a very polarizing and bitter election campaign in 2020, Trump has made thousands of Republicans leave the party especially after the events of January 6. In a piece for the Washington Post by former George W. Bush speechwriter Michael Gerson, he reflected on what the party has become under Trump as well as the legacy the former president left behind.

Gerson described Trump’s presidency including his divisive rhetoric further fueled many to openly express their prejudice. Gerson added that the GOP is now “the party of white grievance,” noting how the party refuses to condemn acts of violence under white supremacy even when done by members of Congress. Gerson also noted that the party’s agenda now was to suppress minority voting.