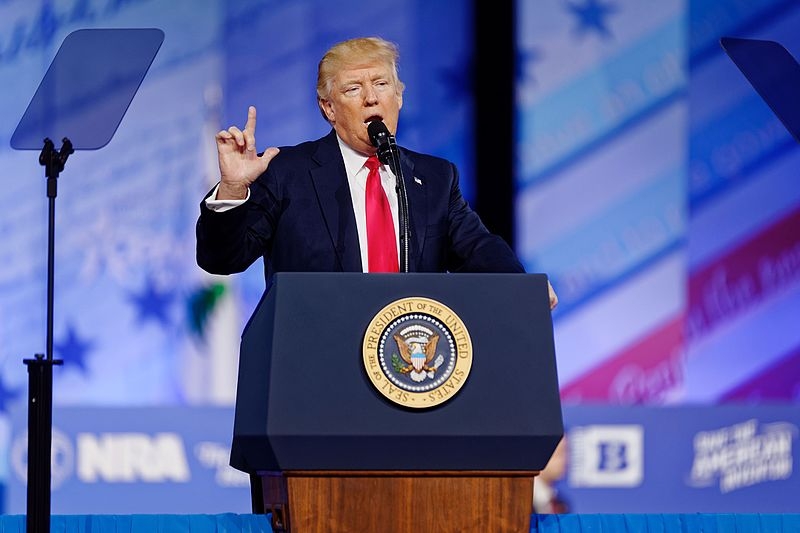 Former President Donald Trump has floated around the idea of running for office again in 2024 even before he was ultimately acquitted by the Senate. One of Trump’s most outspoken GOP critics, Utah Senator Mitt Romney, said that the former president would most definitely win the party’s nomination should he run again.

Trump has not announced his intention to run for office again despite having floated around the idea even before leaving the White House. Speaking at the Dealbook DC Policy Project Tuesday, Romney said Trump would easily become the GOP Presidential nominee in 2024 if he decides to make another presidential bid.

Romney added that while he personally would not vote for Trump in 2024, many Republicans would still favor him. The Utah lawmaker explained that by looking at the polls of potential contenders for the GOP in 2024 to challenge the Democratic party or President Joe Biden should Biden choose to run for a second term, Trump remains a clear favorite. Romney added that Trump still holds a massive influence over the Republican party, which plays into why he would be the most likely candidate to receive the GOP nomination.

The former president is expected to address the future of the GOP on the final day of the Conservative Political Action Conference. Trump is already being expected to attack the Republicans who voted to impeach him, Romney again included. Romney was the only Republican Senator to vote conviction in Trump’s first impeachment trial in 2020 and voted for conviction again in the most recent one along with six other GOP Senators.

Trump’s chances of succeeding in another presidential bid may, however, be determined by the legal problems he and his family may be facing at this time. As Trump no longer has the protections of being president, he will inevitably face several lawsuits filed against him. This week, the Supreme Court declined his request to block a subpoena by Manhattan District Attorney Cyrus Vance to obtain his financial records. Trump has long tried to evade having to release his tax returns.

Democratic Congressman Bennie Thompson also filed a lawsuit against the former president for incitement of insurrection under a provision of the Ku Klux Klan Act, also naming Trump’s attorney Rudy Giuliani as one of the defendants.